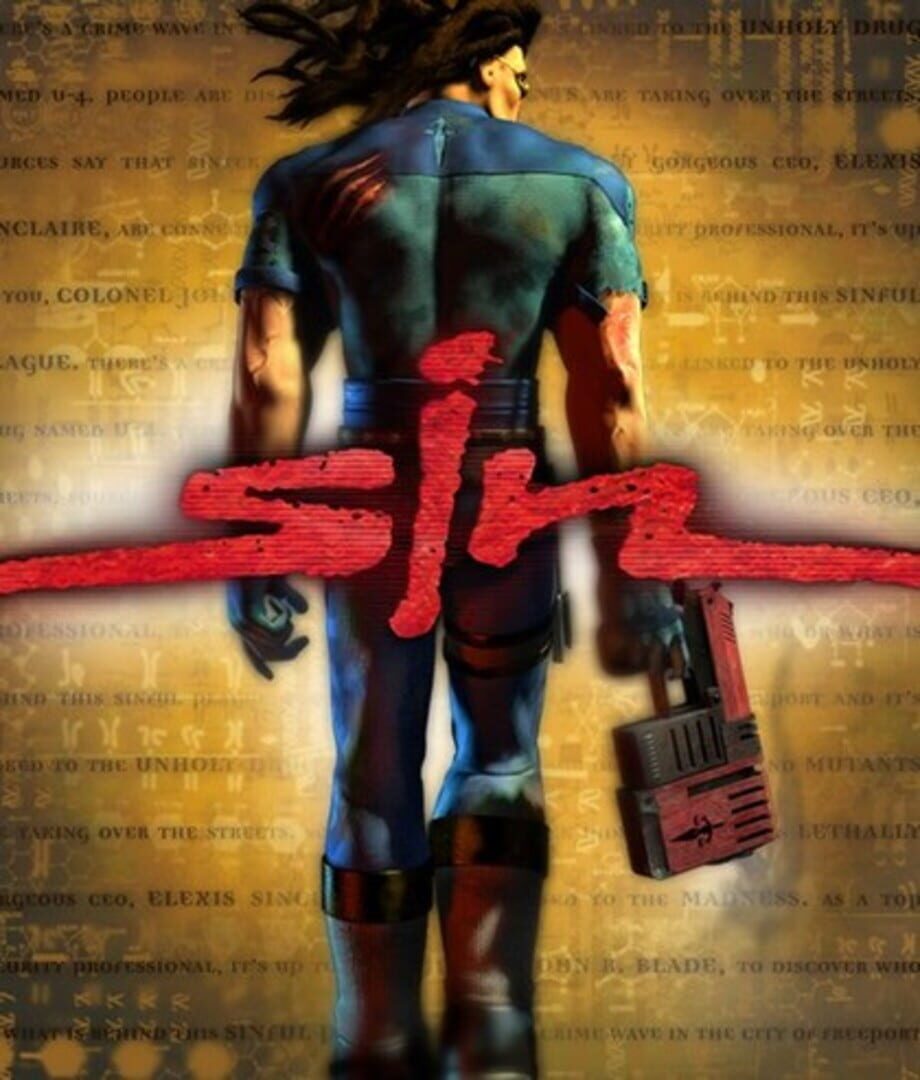 When the CEO of SinTEK Industries begins injecting the streets with a DNA-altering drug, it's time to reassess the laws of morality. When the same twisted biochemist plans to conquer the world with her army of mutated abominations, it's time to rewrite the golden rule.

You are Colonel John Blade, head of the most prominent private protection agency in Freeport. Elexis Sinclaire is waging her holy war against the security industry...and you along with it. You've made a religion out of fighting crime. Now you're going to make Elexis pay for her sins.

Ten years ago in 2027, the city of Freeport was on the verge of collapse. The inefficient and under manned police forces were losing in the long hard battle against crime. The city needed help, but the overburdened government could no longer cope with maintaining peace on the streets. The government proposed a bill giving individual corporations the right to form their own police/security forces and they in turn would provide protection for the companies and citizens of the cities. This bill was passed and a new order of law enforcement was birthed. Several well respected sec-forces were established and one hard hitting group calling themselves HARDCORPS helped lead the way in crime prevention and elimination. The chaos slowly subsides as the sec-forces bring peace and order back to the city.

Colonel John Blade, the owner of HARDCORPS, is currently trying to track down the source of a drug distributed on the streets called "U4". This highly addictive drug has been around for some time, but lately strange things have been happening to its users. It is up to Blade to find out what is happening; figure out who or what is behind the weird problems now plaguing the streets; and put a stop to it.

This elaborate puzzle eventually leads back the mysterious Elexis Sinclair. A brilliant biochemist who is attempting to push the evolution of mankind ahead by a thousand generations and she will stop at nothing to get what she wants.