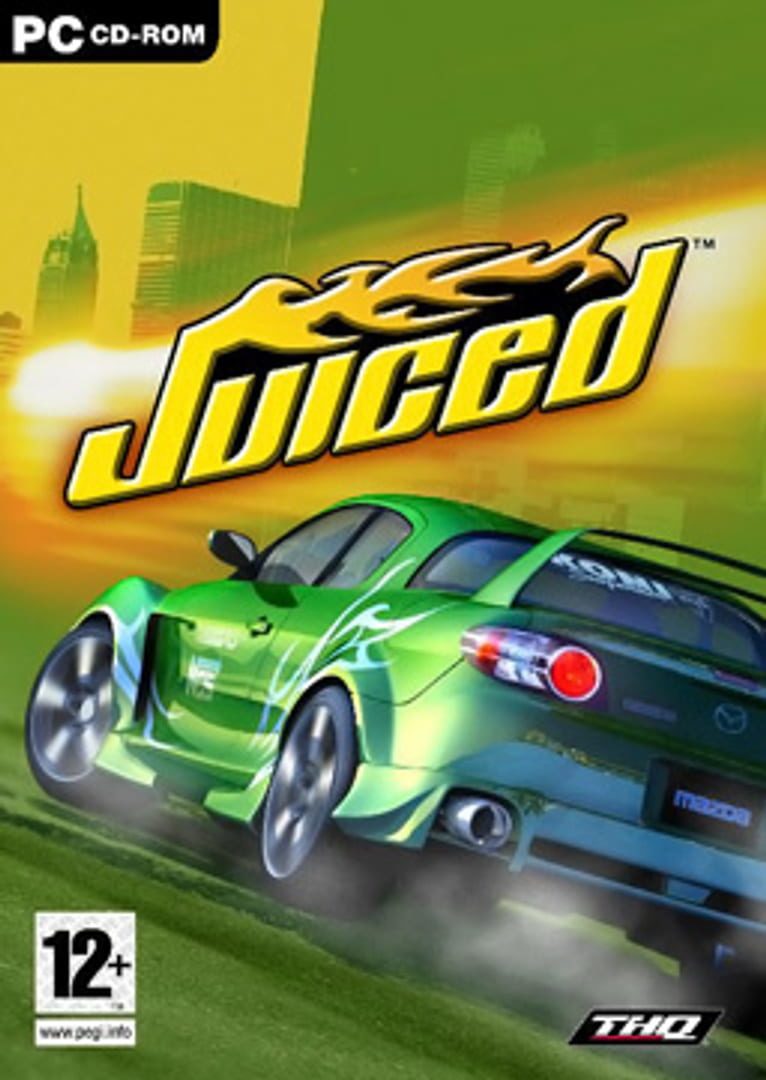 Juiced is a racing video game for Microsoft Windows, PlayStation 2, Xbox, and mobile phone. The game was delayed for release in 2004 because its original publisher, Acclaim, went bankrupt. Juice Games and Fund 4 Games retained ownership of the property and sold the game to THQ, who funded the project for a further six months of improvements. In early 2006, British software publisher Focus Multimedia re-released the PC version of Juiced at a new budget price as part of its "Essential" games series. The game offers different modes including career and arcade that present the player with challenges of increasing difficulty. The player can customize the car to suit their style and unlock new ones in arcade mode. The game features nitrous boosts, similar to that of other racing games. Juiced went to number one in the United Kingdom MCV sales charts and its first version sold 2.5 million units.