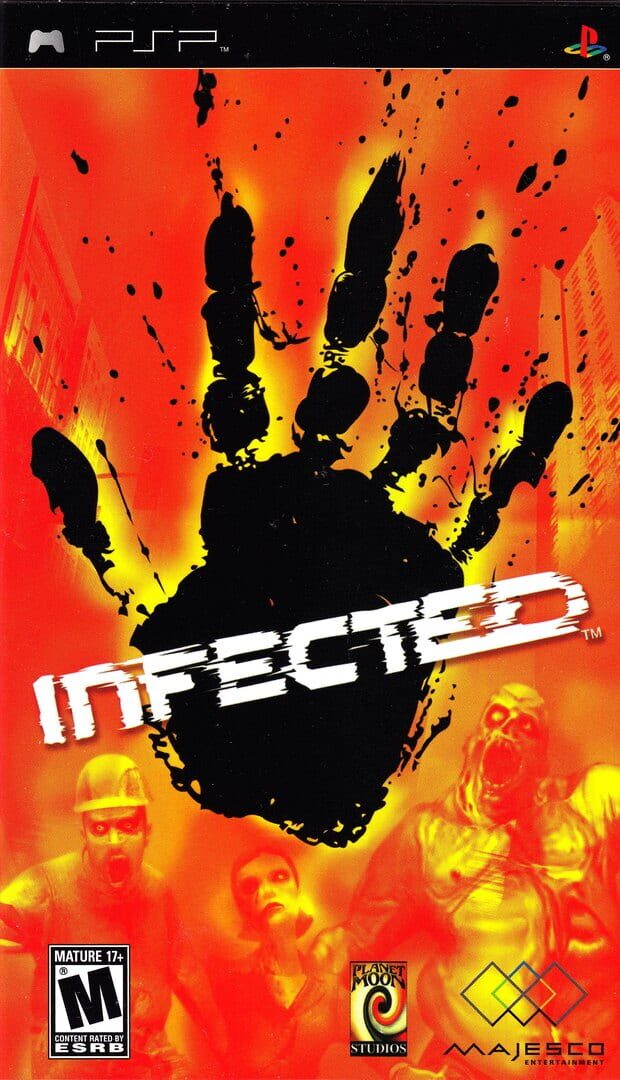 Not your ordinary shooter, Infected lets your avatar invade your opponents' PSP systems with each of your multiplayer victories. In single-player mode, you play as Stevens, a New York City police officer with immunity to a virus that's spreading across New York. Only you can stop the virus from spreading by shooting infected individuals with a special "viral gun" that's loaded with bullets filled with your blood. Eliminate the virus in single-player mode, or use the PSP's Wi-Fi capabilities to spread your own virus in multiplayer combat.