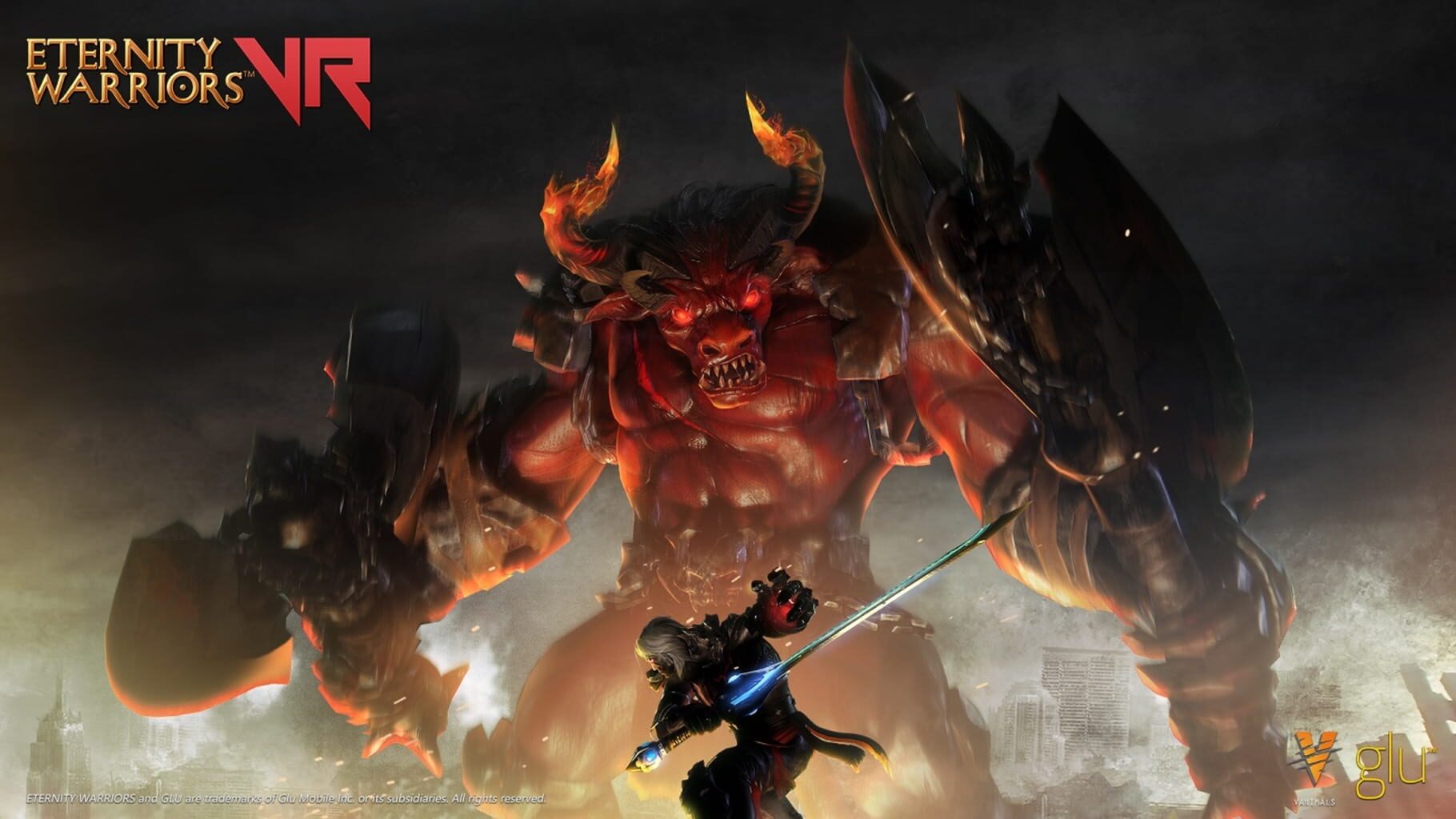 Become the hero of your dreams in this epic fantasy action VR game.
Eternity Warriors™ is globally recognized by millions of fans, debuting 6 years ago on mobile. Now available in VR!

Immersive, heart-stopping gameplay
Arcade style combat
Short mission based sessions
3 HEROES TO CHOOSE FROM
Hack & slash through enemies, or rain down fire upon them
Play as The Warrior, The Hunter, or The Gunner
HIGH DEFINITION VISUALS!
Stunning visuals, and apocalyptic environments
Epic boss battles
New fierce characters, and classic monsters from the original mobile games
MULTIPLAYER GAMEPLAY
Battle along with fellow heroes in real-time co-op multiplayer

PLAY NOW
This is an Early Access (Beta) version, more updates to follow in the near future.
In early April, we did Alpha testing at Arcade shops in Asia, and gathered important user feedback. Gamers are excited to see Eternity Warriors™ in VR!