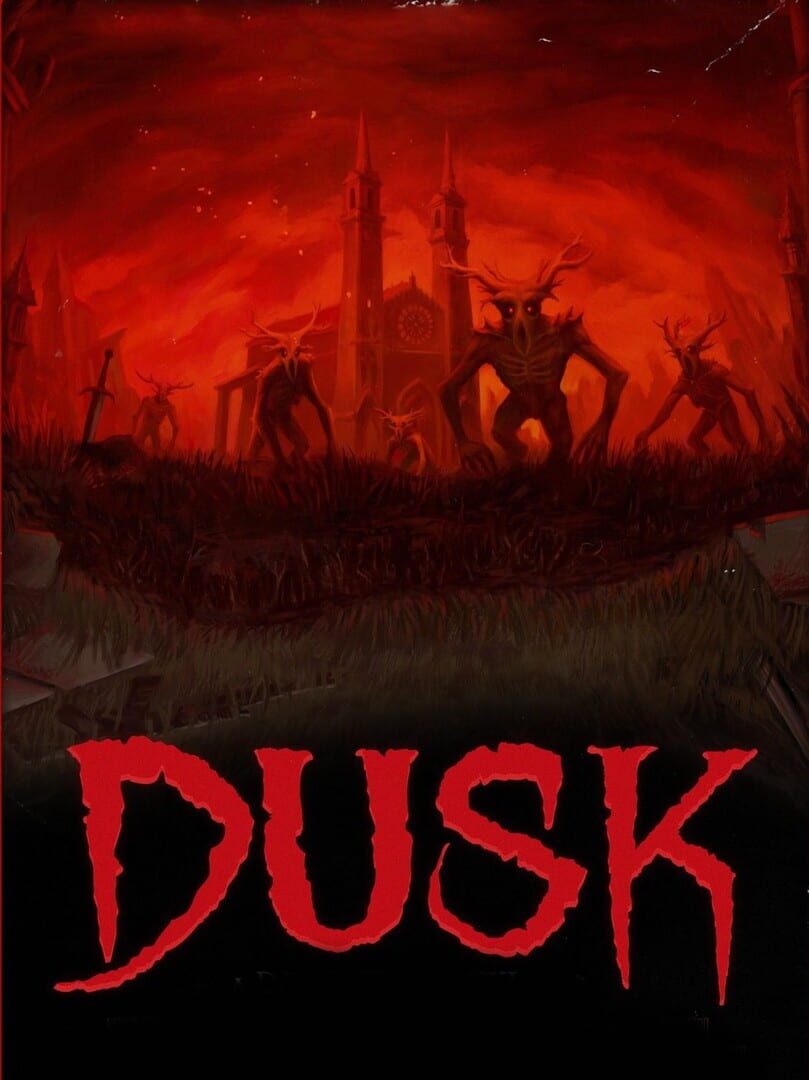 There has always been a special place in the hearts of gamers for 1990s style shoot-em-up video games. There's likely many reasons for this: the late nights spent on dial-up modem games with friends, the primitive effects, and the simple yet sequential games that flowed in a very linear fashion. The games were perhaps the first three-dimensional experience players had in the video gaming market, too. DUSK seeks to capitalize on this nostalgia and it does so incredibly well.

Like other games of the era, the player begins in a precarious position and must scramble to find the nearest semblance of a weapon to begin defending themselves against the onslaught of enemies. Fortunately, DUSK is quite traditionalist in the sense that the player's character moves incredibly fast. Players will whiz around maps at almost lightning speed without a care in the world. This can make controlling the character somewhat difficult if players aren't used to the speed at which these games were played in the 1990s.

The weapon loadout also remains traditional to the era with pistols, shotguns, and some interesting comical firearms being available to players. While there is a noticeable progression rate in terms of the damage they're able to deal, this does not necessarily mean that the most advanced weapons are the most powerful ones on offer in the game. A pistol with a purposely-placed shot will be just as effective as the some of the game's upper arsenal. Similarly, players will be able to use the character's speed to their advantage when attracting their attention and bringing them to a more central point where they can be blown away in a rapid sequence rather than firing randomly throughout the map in hopes of getting them before they're able to do any real damage.

Players will also notice the very early 3D-style graphics present in DUSK. This is obviously paying tribute to the era of the shooter games gone by, but they're much sharper and refined than their earlier counterparts. Modern lighting effects are also present in the game that make some use of recent advances in gaming technology, but players shouldn't enter the game expecting a visual experience comparable to a 1080p developed title.

DUSK holds an impressive 88/100 on Metacritic, which shows the very positive reception the game has had on the community worldwide. The majority of these reviews also highlight another key feature of the game: its very creepy soundtrack that bears a close resemblance to one of these early horror games rather than the upbeat techno tracks that tend to accompany shooters today.

DUSK reminds players of an era gone by: when gamers weren't concerned about having the latest and greatest rigs, but instead wanted the most entertaining experience without causing much demand on their limited system resources at the time. It does so in a package that also reflects all of the great features about that time and incorporates excellence from all of the leading games of the 1990s.