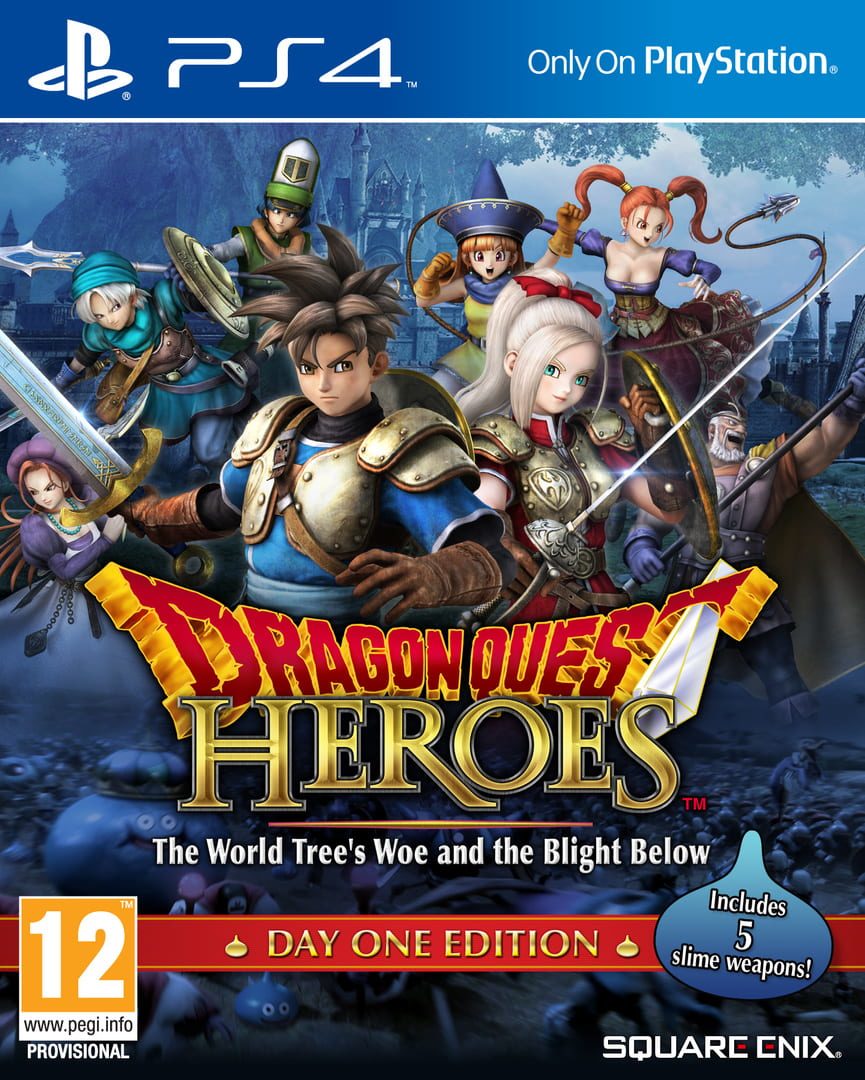 In Dragon Quest Heroes, the protagonists must rise up against insurmountable odds, challenging swarms of enemies and conquering gigantic monsters in an exhilarating action game. Filled with characters and monsters designed by world-renowned artist Akira Toriyama.

When a dark shockwave sweeps through the city of Arba, the monsters that once lived alongside the people in peace are driven into a frenzied rage. As either the hero Luceus or the heroine Aurora, the player joins forces with a cast of fan favorites from previous DRAGON QUEST titles, such as Alena, Bianca and Yangus, to bring the rampaging hordes of monsters to their senses and restore order to the kingdom.