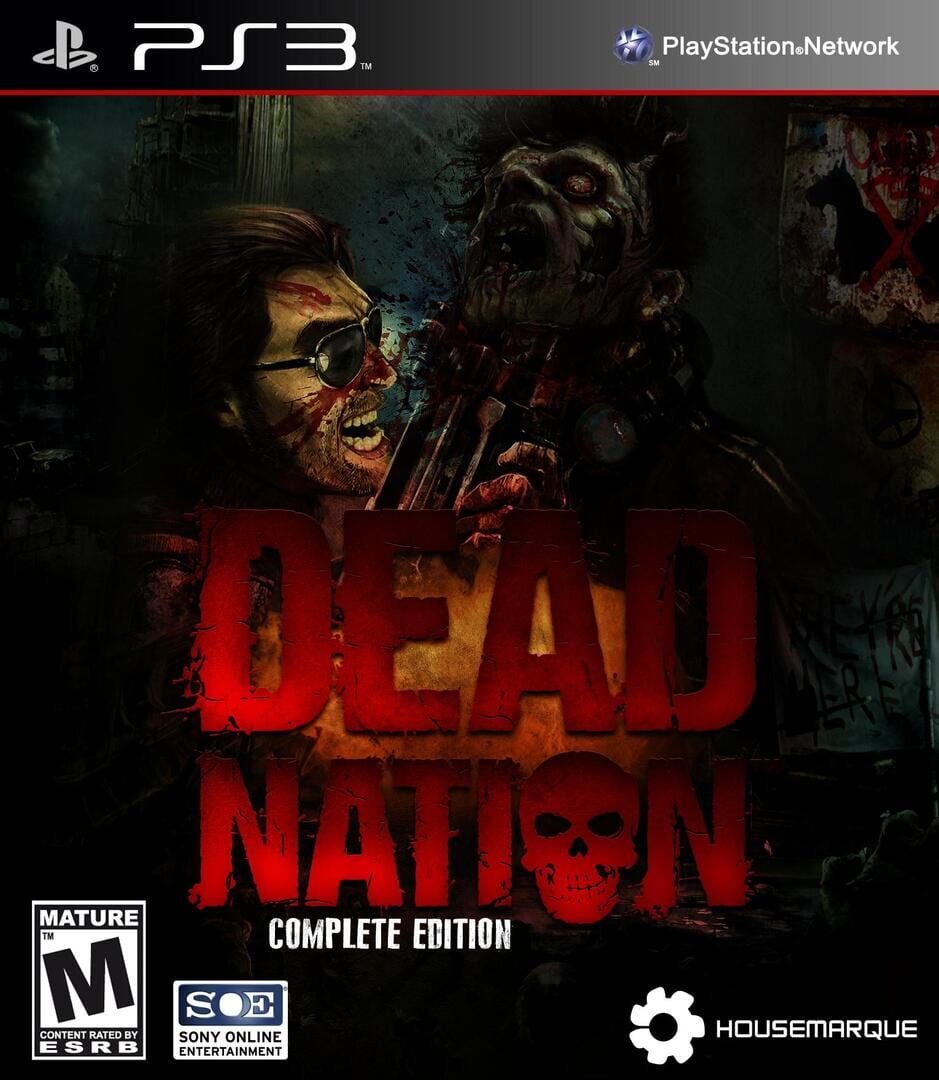 Dead Nation is a top-down shoot 'em up video game for PlayStation 3 developed by Finnish video game developer Housemarque. It was released on November 30, 2010 in North America, and December 1 in Europe.
Players are awarded score multipliers and money when zombies are killed. Money is used to purchase and upgrade weapons on checkpoints, and multipliers to grant better scores. Each time players are hit, they lose multipliers and health

Dead Nation takes place in a fictional world afflicted by a zombie apocalypse. The player can play as a male or female character and fight different types of zombies.
Players fight their way through ten levels, using weapon shops that allow weapon upgrading and armor swapping. During the levels, players can find boxes that hold ammunition, multipliers, money, or armor pieces, and also loot cars trunks for money. If a car is blown up before being looted, though, the loot is lost. At times the players are trapped in areas where they must survive until they have accomplished a certain goal (i.e.: wait for an elevator while fighting zombies or kill all zombies in the area).