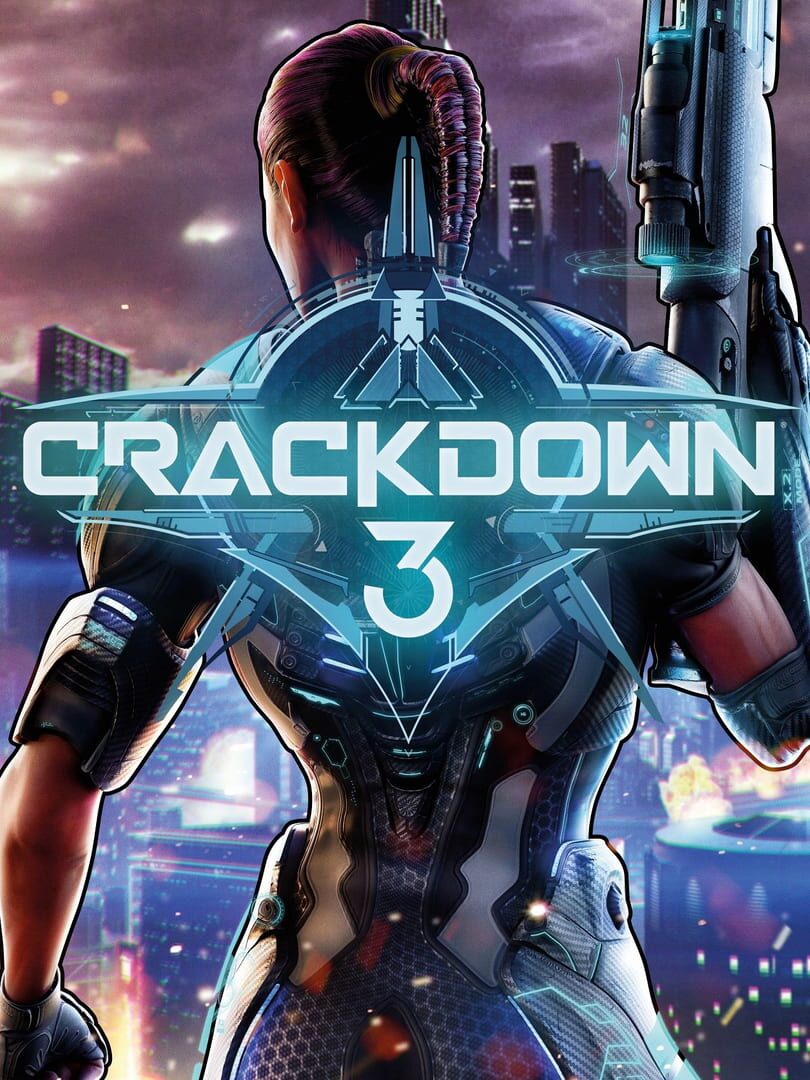 Rampage is perhaps one of the most underutilized video game concepts in modern history. The ability to destroy just about everything in sight and be rewarded for it isn't an idea that's regularly used in the gaming world, but the Crackdown series has done a truly impressive job in giving players an experience of bedlam and anarchy. Crackdown 3 is the third instalment in the series and follows on closely from earlier games in the saga released just a few years ago.

Crackdown 3 fast-forwards the campaign to ten years following the end of the second game. Now, a terrorist attack has befallen the city of New Providence and has sent the city into complete darkness. Rioting, looting, and general chaos are all present and it is up to the player who controls characters of The Agency to jump into action. Players may recognize some of the voice actors in the game as they're leading action-based actors: Michael McConohie and Terry Crews.

The game follows the same premise as the first two in the series. Now that things have been plunged into darkness, players must liberate the city from various criminal networks and gangs by taking out leaders and criminal bosses in order to limit their control over the city. This is done virtually by any means necessary. Players will be equipped with a variety of high-tech and classic military weaponry to achieve this and must literally blow up everything in sight. Bringing buildings, roads, and vehicles into ruin will destabilize the criminals and weaken their control over the city thereby preventing their escape and ultimately eliminating them as threats to the townspeople. It is important for players to be a bit thorough in their job though. Gangs who are not entirely eliminated from the ground up may be found defecting to more powerful gangs on the scene and creating a larger problem for players down the line.

However, it won't be simply a game of destructive powers for players. Crackdown 3 introduces a system called Gangs Bite Back. When GBB is activated, the leaders of any particular criminal network will have their attention drawn to players and can quickly retaliate for any sudden destruction of their property or loss of gang members. While it will be rare to encounter the leader himself, players will face an onslaught of that particular gang and must be persistent in dealing with the threat. If enough retaliations are successfully managed, then players will likely bring out the criminal leader for a one-to-one encounter. Defeating each of the gang leaders is the key to success in this game.

There are also well-developed multiplayer modes in Crackdown 3. The newest addition to the game is called Wrecking Zone, which is a melee-based deathmatch game with completely destructible environments. This doesn't allow players to hide anywhere and plan a surprise attack because literally everything can come toppling down on them. Constant rapid-fire action is the way forward in this mode rather than methodical and strategic thought. “Camping” and other key issues facing the usual deathmatch scene are completely irrelevant in Crackdown 3.

Crackdown 3 fuses endless mayhem with endless fun and does so incredibly well. It is a game that's indeed worthy of of downloading and players shouldn't hesitate when it comes to downloading this game right now.