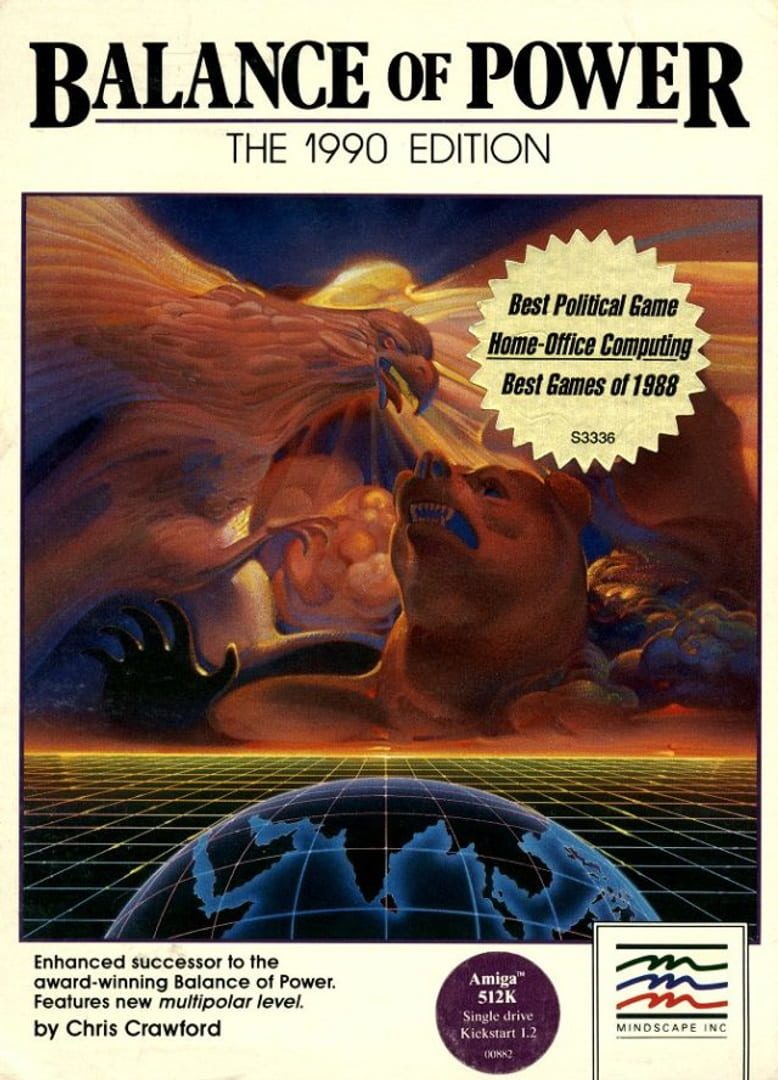 Balance of Power is a computer strategy game of geopolitics during the Cold War, created by Chris Crawford and published in 1985. The game is notable for engaging the player in brinkmanship.

The goal of the game is simple: the player may choose to be either the President of the United States or the General Secretary of the Communist Party of the Soviet Union, and must lead the chosen superpower for eight years, seeking to maximize "prestige" and avoiding a nuclear war. Each turn is one year long; at the beginning of each year, the player is presented with a set of incidents and crises in various countries around the globe, and must choose a response to each one. Responses may range from no action, to diplomatic notes to the other superpower, to military maneuvers. Each response is then met with a counter-response, which may vary from backing down to escalation. The player then gets a chance to initiate actions, and deal with the opponent's responses.

This core mechanic is similar to that of Bruce Ketchledge's 1983 game Geopolitique 1990, published by SSI. One difference from the earlier game is how negotiations are resolved. In both games, backing down in a negotiation results in a loss of prestige, which will reverberate politically. Likewise, in both games brinkmanship may result in a global war. In Geopolitique, such wars were actually fought in-game, after which the game continued. In Balance of Power, such a war ends the game instantly, with the following message: "You have ignited a nuclear war. And no, there is no animated display of a mushroom cloud with parts of bodies flying through the air. We do not reward failure."