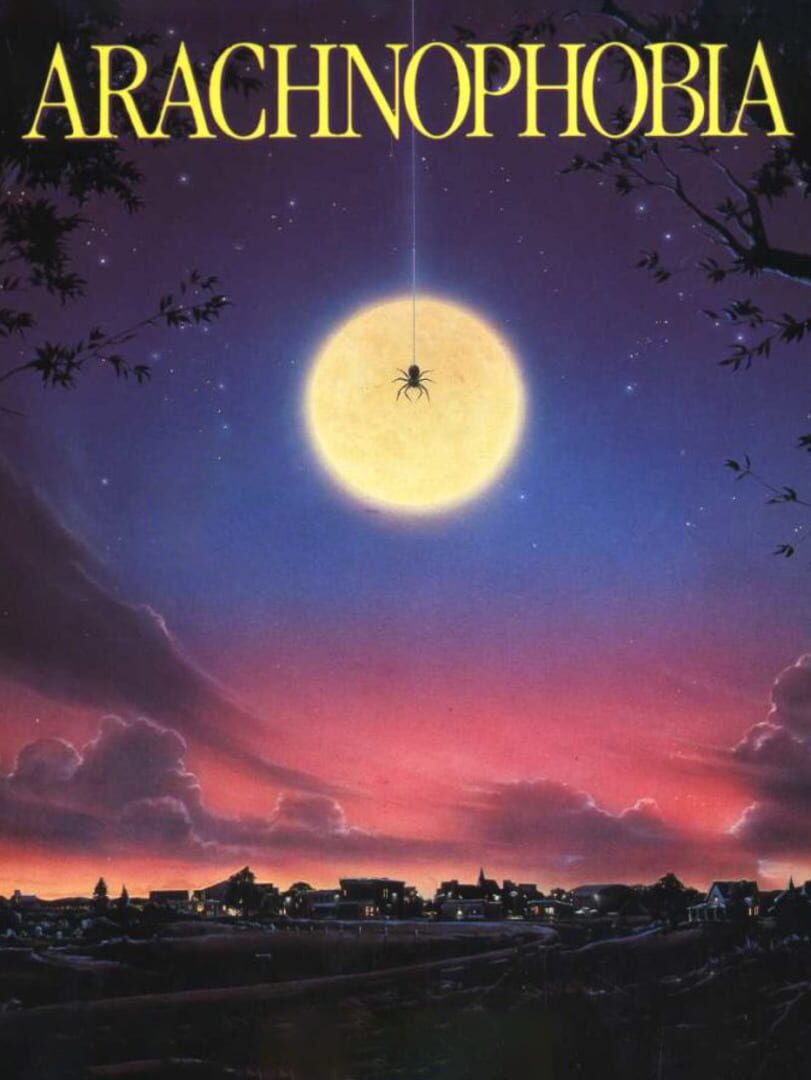 Arachnophobia is a video game based on the film Arachnophobia. It was developed by BlueSky Software and Disney Software for the MS-DOS, Commodore 64, Amstrad CPC, and Amiga platforms.

The player assumes the role of Delbert McClintock, a bug-exterminator and character from the original film, fighting to save the USA from a horde of invading killer spiders. Delbert must go through houses in eight towns, killing spiders in each one. If Delbert succeeds in finishing all eight towns, the United Nations declares that the spider must become extinct, and commissions McClintock to work with Dr. Atherton to go to South America, home of the spiders.