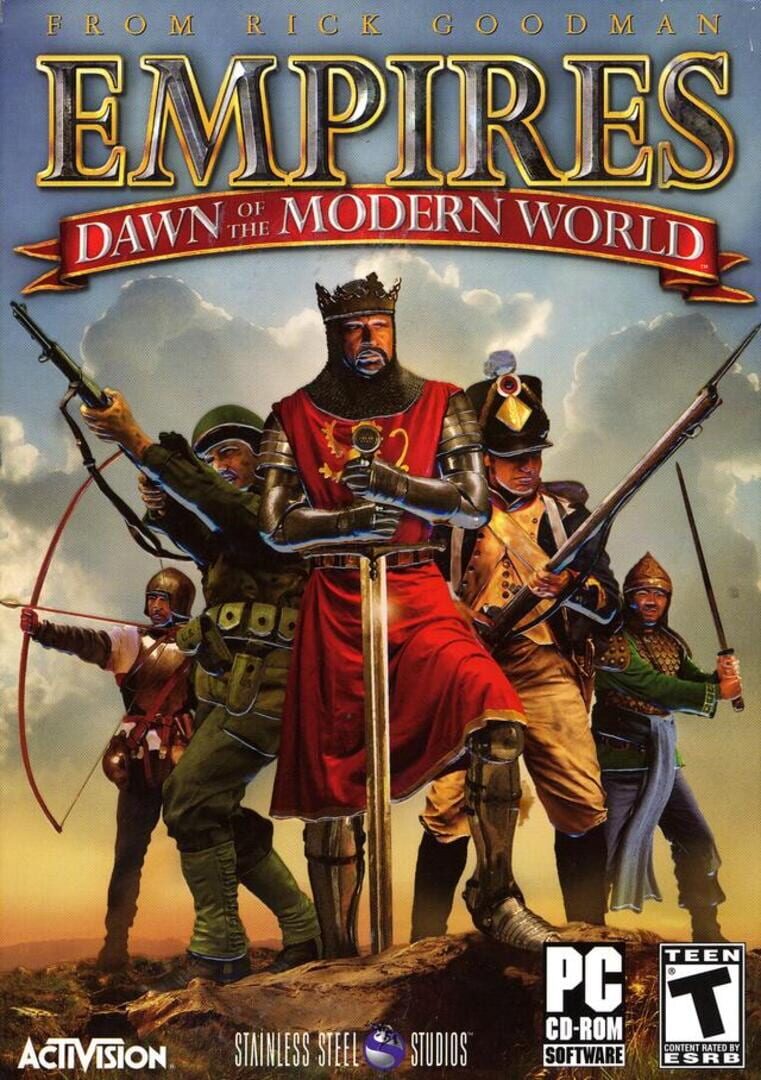 Empires: Dawn of the Modern World is a 2003 history-based real-time strategy computer game developed by Stainless Steel Studios and released on October 21, 2003. Considered an unofficial sequel to Empire Earth, the game requires players to collect resources to build an empire, train military units, and conquer opposing civilizations.
Based on a slightly compressed version of world history, Empires covers five eras, from the Medieval Age to World War II. The game features nine civilizations: England, the Franks, Korea, and China are playable from the Medieval Age to the Imperial Age; the United States, Russia, Germany, France, and the United Kingdom are playable in the World War I and World War II ages.
The game attracted positive critical reaction.
In 2009, Activision terminated its multiplayer server contract with GameSpy. Multiplayer can be played unofficially in Gameranger services.