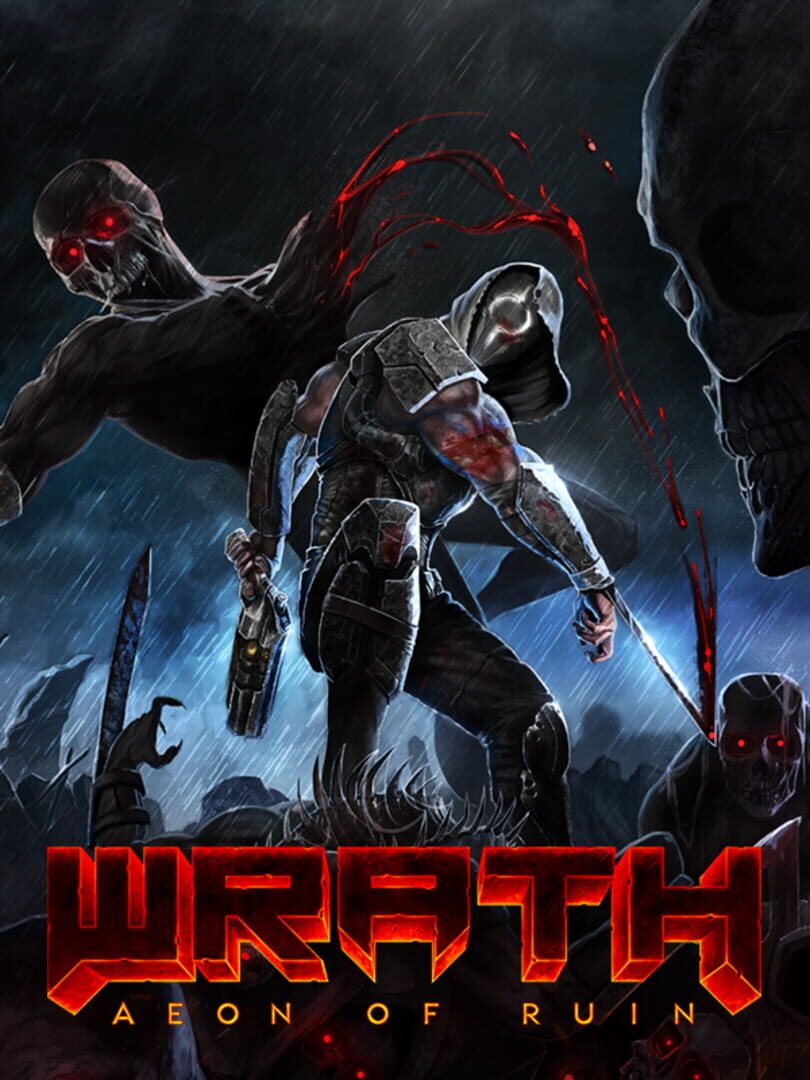 3D Realms, creators of Duke Nukem 3D, Prey, and Max Payne, presents a hard-core first person shooter, powered by the legendary Quake-1 Tech. Crafted by the hands of Quake-scene necromancers, WRATH is the real deal. You will not survive...

The Old World has passed away. Amidst the ruins lurks an ageless fear. Outlander, once adrift upon the Ageless Sea, finds himself on the shores of a dying world. From the consuming gloom emerges a figure cloaked in white, the Shepherd of Wayward Souls, who burdens Outlander with hunting down the remaining Guardians of the Old World.

Traverse ancient crypts, sunken ruins, corrupted temples and howling forests with nine weapons and ten artifacts of dreadful might. Traditional firearms such as the double-barreled shotgun lay waste to foes and all have alternate fire abilities. The Retcher and the Fangspitter transform the cysts and teeth ripped from the corpses of enemies into death-dealing projectiles. Do not underestimate the adversary, for they grow great in number and power. Keep both mind and blade sharp to survive the dangers ahead.