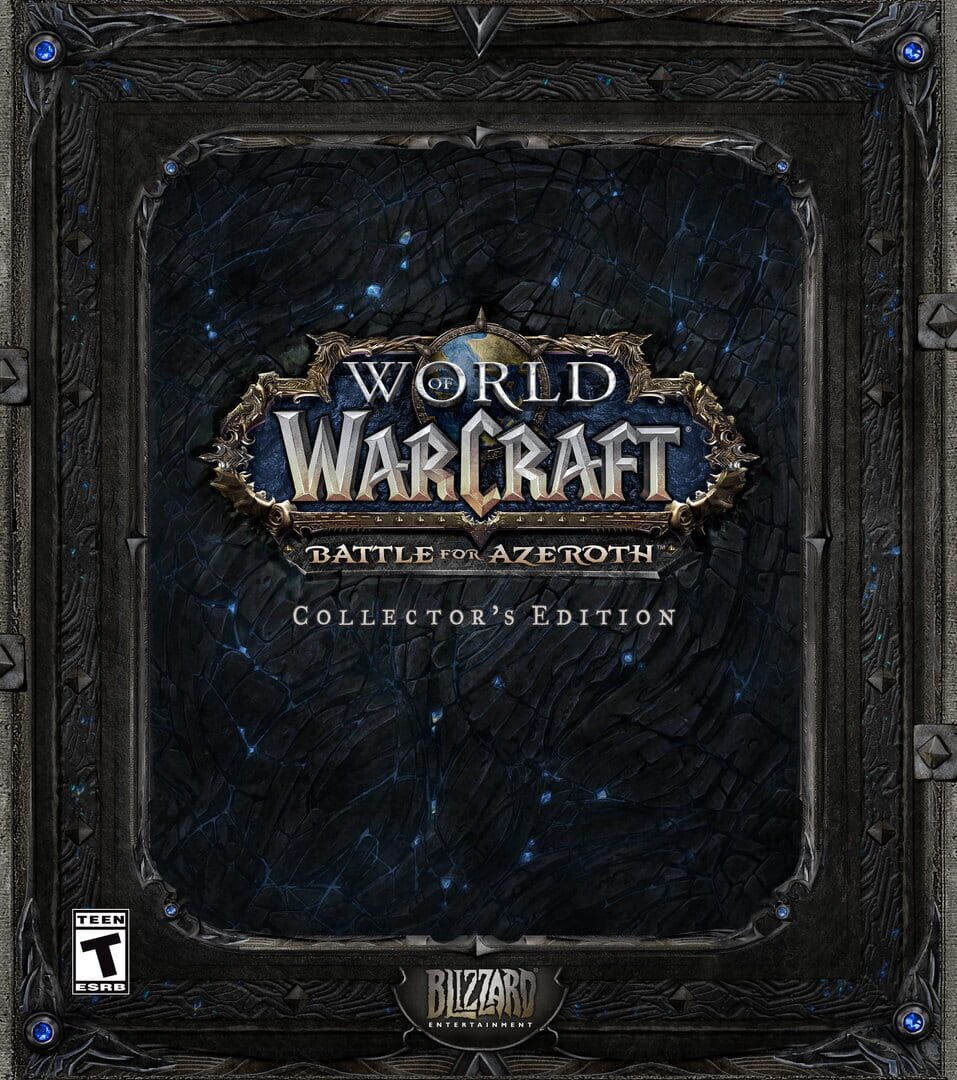 THE ULTIMATE BATTLE FOR AZEROTH EXPERIENCE While the world hangs in the balance, the armies of the Horde and Alliance meet once again on the fields of battle. Prepare for all-out war with this limited-edition collector's set, featuring a host of rare and commemorative items to aid you in the coming conflict.

- WORLD OF WARCRAFT: BATTLE FOR AZEROTH ? WINDOWS/MAC GAME KEY A digital key to unlock the full version of Battle for Azeroth.

- COLLECTOR'S EDITION DIGITAL SOUNDTRACK KEY A digital key to download the stirring orchestral pieces from the Battle for Azeroth soundtrack, the perfect mood music for laying siege to your enemies.

- ELEGY & A GOOD WAR DOUBLE-SIDED BOOK Every great war story has two sides. This limited-edition hardback collects two new World of Warcraft novellas depicting the Burning of Teldrassil from the point of the view of the Alliance (Elegy) and the Horde (A Good War).Each story includes original artwork exclusive to this edition.

- HORDE & ALLIANCE DOUBLE-SIDED MARK OF ALLEGIANCE Declare your allegiance with this hefty two-sided emblem.Place it on your desk or shelf with one side facing outward, proclaiming your chosen faction to the world...while the other side faces the wall, bowing in quiet shame. Stand included.

Azeroth paid a terrible price to end the apocalyptic march of the Legion's crusade—but even as the world's wounds are tended, it is the shattered trust between the Alliance and Horde that may prove the hardest to mend. In Battle for Azeroth, the fall of the Burning Legion sets off a series of disastrous incidents that reignites the conflict at the heart of the Warcraft saga. As a new age of warfare begins, Azeroth's heroes must set out on a journey to recruit new allies, race to claim the world's mightiest resources, and fight on several fronts to determine whether the Horde or Alliance will lead Azeroth into its uncertain future.

Whoever wins the coming war will likely win a dying world thanks to the Burning Legion. Magni Bronzebeard reached out to the faction leaders and was rebuffed. So now Magni turns to the adventurers, needing help to save the world, and these chosen ones will receive a gift from the titan herself.

An epic "War Campaign" arc will be woven throughout entire questing areas.