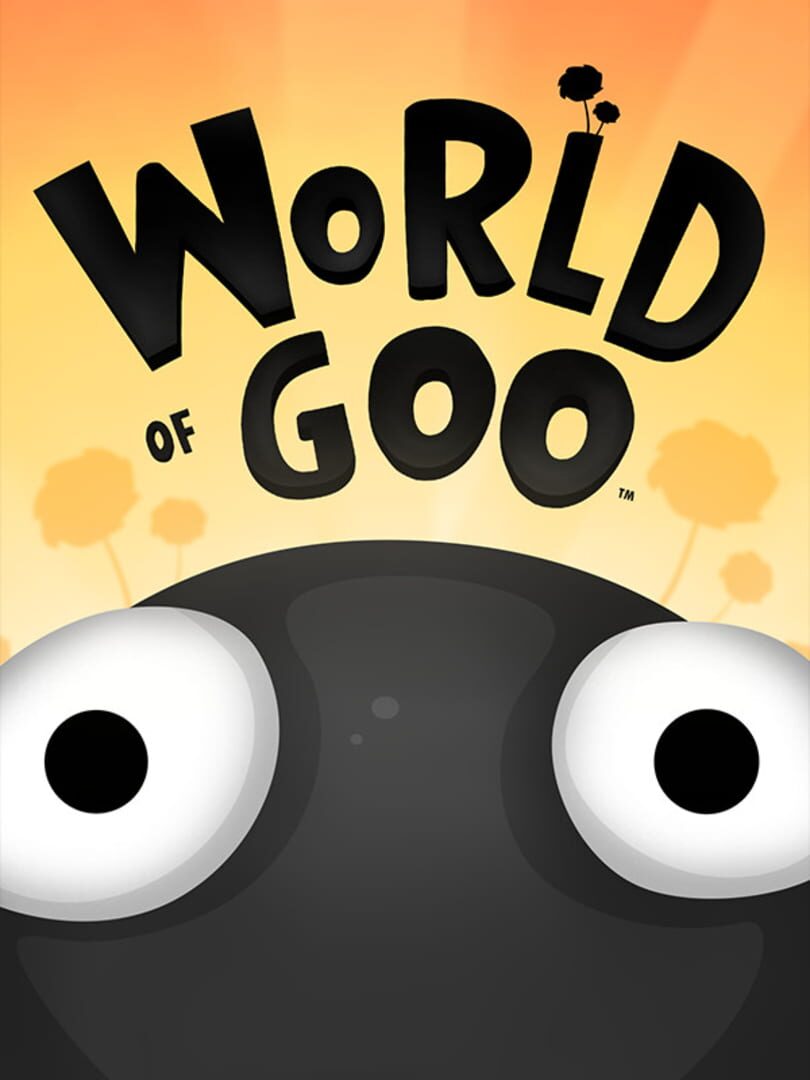 World of Goo is a multiple award winning physics based puzzle / construction game made entirely by two guys. Drag and drop living, squirming, talking, globs of goo to build structures, bridges, cannonballs, zeppelins, and giant tongues. The millions of Goo Balls that live in the beautiful World of Goo are curious to explore - but they don't know that they are in a game, or that they are extremely delicious. Congratulations, and good luck!

Initially, pipes appear throughout the land, waking up many sleeping Goo Balls who have gone undisturbed until this, as they are filled with a childlike sense of curiosity and naivety they build themselves towards the pipes. Upon reaching the pipe entrance, the Goo Balls are sucked by the pipe system into the "World of Goo Corporation" main building where they are processed into many products, for example an energy drink. The excess Goo Balls are left outside the Corporation headquarters where they together begin to build a giant tower. At the end of the first chapter, some Goo Balls escape from a Corporation building by attaching themselves to eyeballs which have the ability to fly. The chapter ends with the Goo Balls "seeing far away new lands".