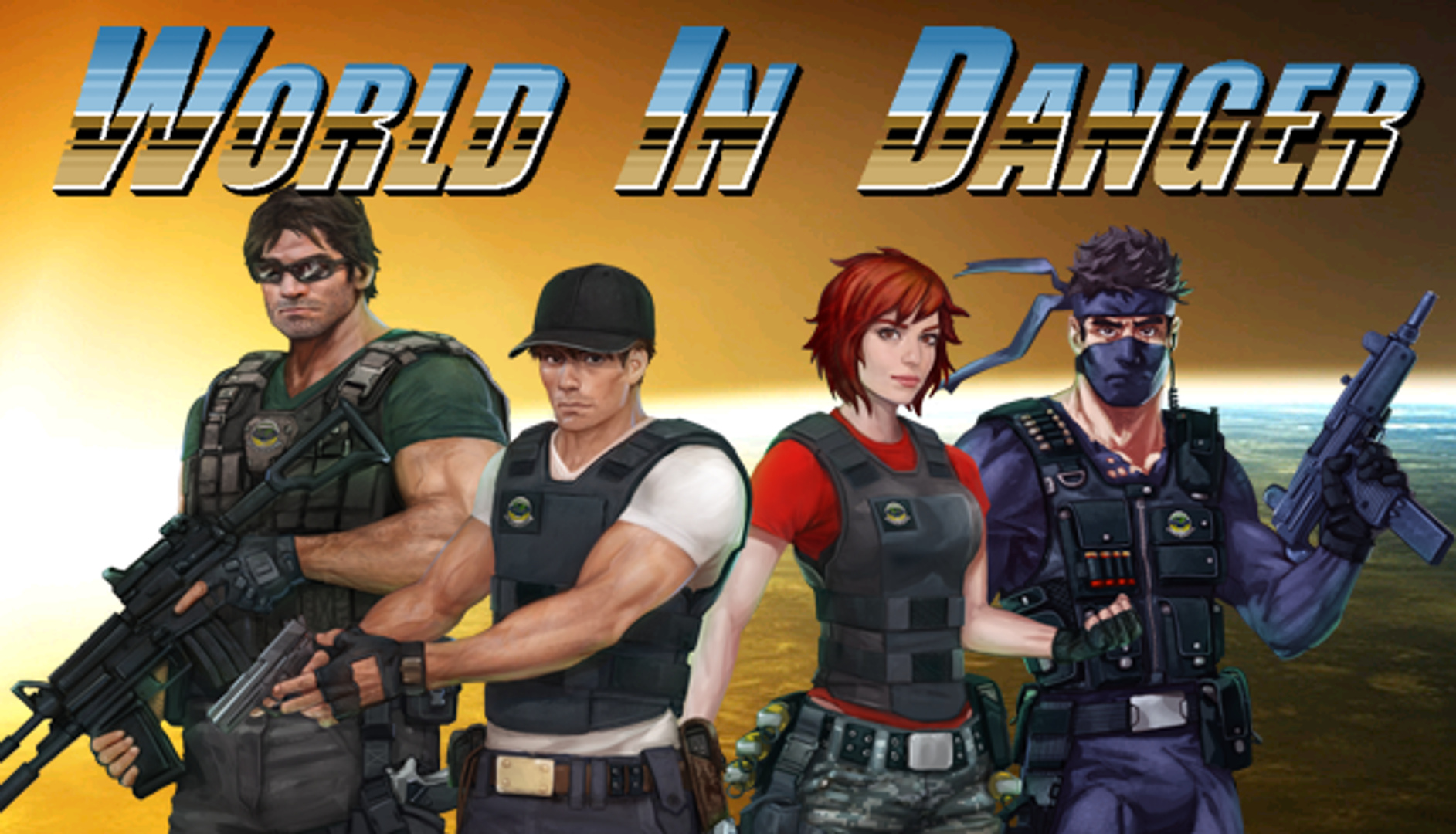 World In Danger is a top-down action game with stealth elements, similar to classics such as "Metal Gear". Embark on missions across the globe, taking out groups of enemies, rescuing hostages, disarming bombs and more. Face the unique and challenging boss fights the player encounters as the story unravels in this over the top action extravaganza.

The world has become an increasingly dangerous place, the number of criminals, terrorists and general evildoers is at an all-time high. To counter this evil, decorated S.W.A.T. officer J.J. Colt founds the World Army. Together with his longtime friend Nathan "Rocket" Nace, an explosives expert and mechanical engineer.
It is an army with no political or national allegiance, its only goal is making the world a better place by fighting evildoers on a global scale. Colt and Rocket are quickly joined by Samantha Byington, a renown competitive martial artist; and Marco Tundo, a highly trained ninja with a mysterious past. Several dozen recruits from all over the world also sign up. Some experienced or formerly retired soldier or mercenaries, others regular people with no combat experience. All of them in need of training or a refresher course before they are ready for action.

The heroes are dutifully making progress towards achieving their goal. Little do they know that behind the scenes, a great evil is plotting a scheme of grand proportions...