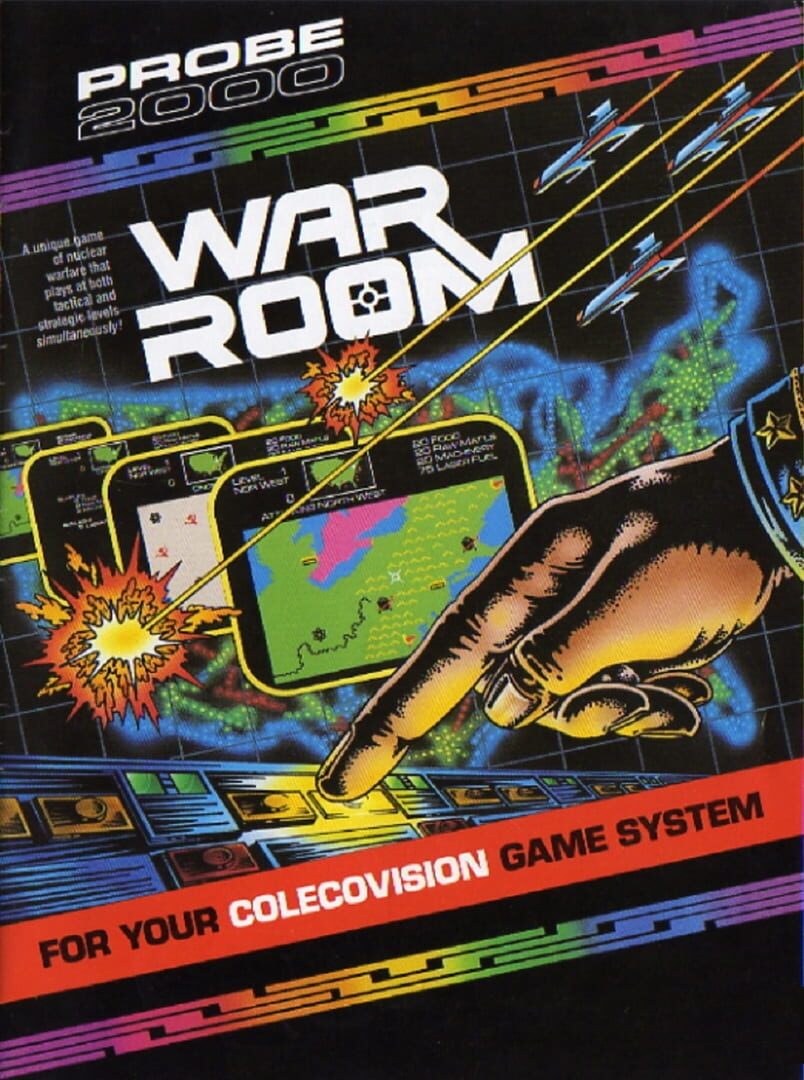 War Room is a action strategy game set in the Cold War conflict between the United States and Russia, which is escalating into a nuclear showdown. The player controls a satellite hovering above the USA, which are represented in a top down view. By destroying enemy satellites with his own satellite, the player has to prevent the destruction of cities in his territory and is able to score points. To keep his cities defensible, the player also has to collect supplies from those cities and distribute them accordingly. This is done by entering the cities with the satellite and collecting supplies in a action sequence. The game ends once all of the player's cities are destroyed.