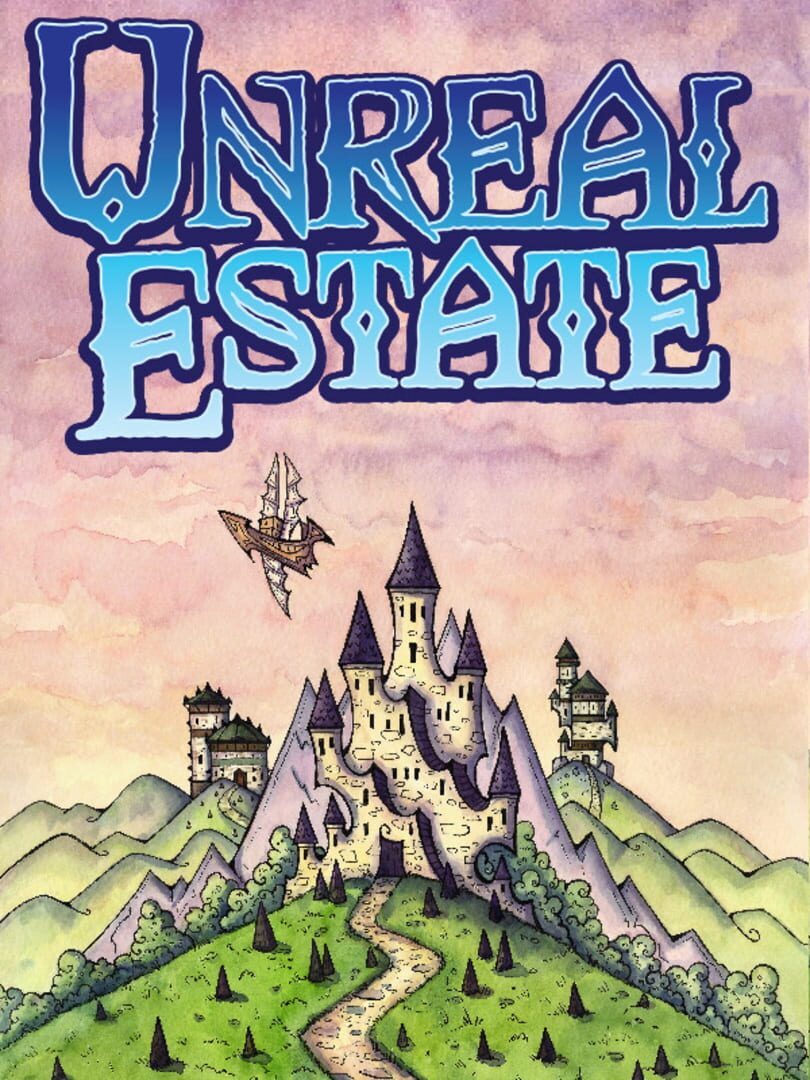 Unreal Estate is a strategy game, developed by Larry Martin and Phillip Brossia, and published by Afterthought Games, which was released in 2017.

Unreal Estate is an actual table top card game made by Grand Gamers Guild, a first time publisher right here in Grand Rapids Michigan. We took that game and turned it into a digital reproduction. It follows all the rules and uses all the same cards that the physical version does.

So the point to the game is simple, you collect cards based on the point value on the card, and when you have cards that match some of the cards in the scrap pile, you can score. The scrap pile cards act as multipliers so the more of them that are there, the better. We add in 9 different special cards but only a few at a time, so each game plays a little bit different.

Play this game against AI in 2, 3, or 4 player action, or play our cross platform multi player games against random people.

In Unreal Estate, the City Council has hired you to build the best cityscape, which you’ll do by drafting buildings to your hand. Rejected designs go to the Scrap Pile, but as demand for those buildings grows, you can reclaim them to score the most points. But be careful that the other architects don’t score them before you!