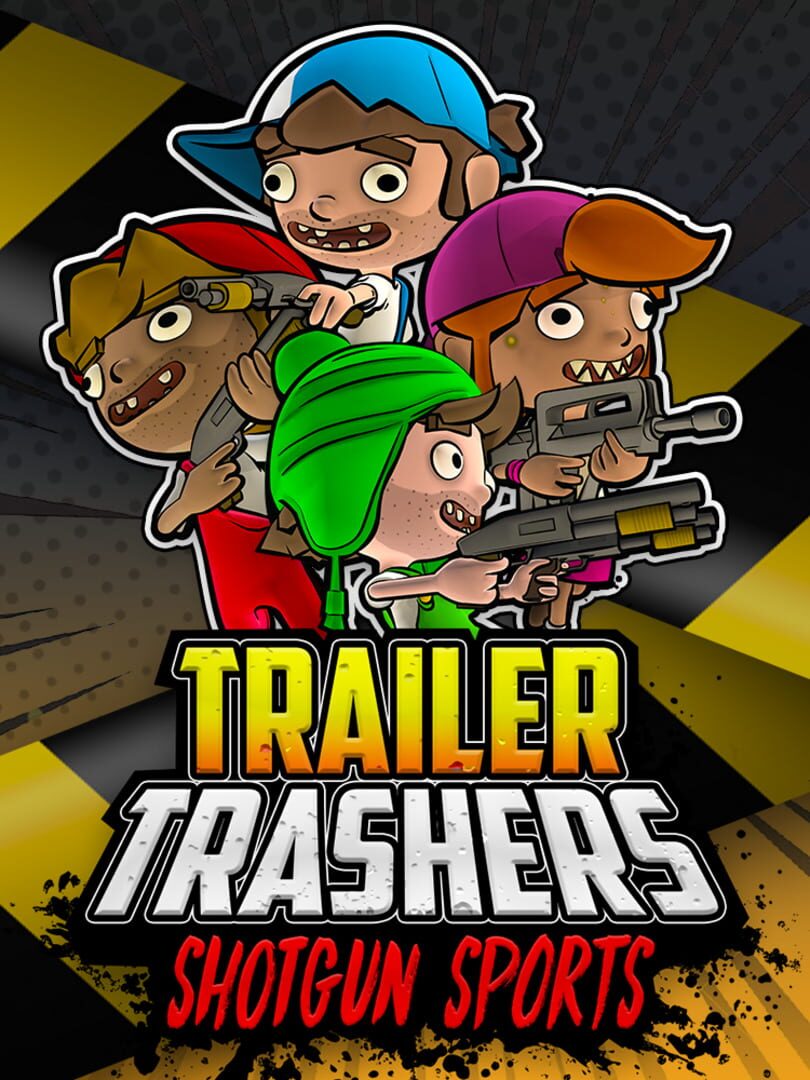 Join with up to four players in this Hectic twin stick bullet bouncing frenzy. Challenge your friends in Death-match, Last Man Standing, Shotgun Soccer or crown yourself king of the couch in the all-including Party Mode!

Don't forget to bring dad's shotgun because today's game is Trailer Trashers. A violently funny twin stick couch party game that let's you relive a shortened childhood. You can play with up to four friends. If you don't have anyone to play with, you can always add bots to fill up the slots. They are ruthless, but don't be discouraged, your friends might be easier targets. And with "Steam Remote Play Together" you can always practice online!

All bullets will bounce off the walls, giving your friends no place to hide, but watch out since your bullets might end up biting you in the ass! There are 3 weapon types in the game. By default you carry a shotgun and every stage has two extra weapon pickups.

The standard shotgun is good for spreading a load of bullets trough the arena.
The assault rifle fires a barrage of bullets in a straight line, but bounce once.
The sniper rifle fires a high velocity bullet that can still ricochet even after piercing through another skull, creating a sort macabre Billiards of Death.

The first two you probably already know. Shotgun Soccer and Head Soccer are literally soccer - but with shotguns.
Lastly there's the Party Mode, where you get to play all these modes in a tournament, combining all of the 8 arenas set in three locations:

The Crackyard, the old town graveyard littered with chemical waste and invaded by squatters.
The Play Pit, a construction yard with tons of walls and building materials to hide behind or bounce bullets off.
HOME, a Scandinavian Furniture store! Not the best place to play soccer as those hasty shoppers might run you over with their cars to get to the best deals.