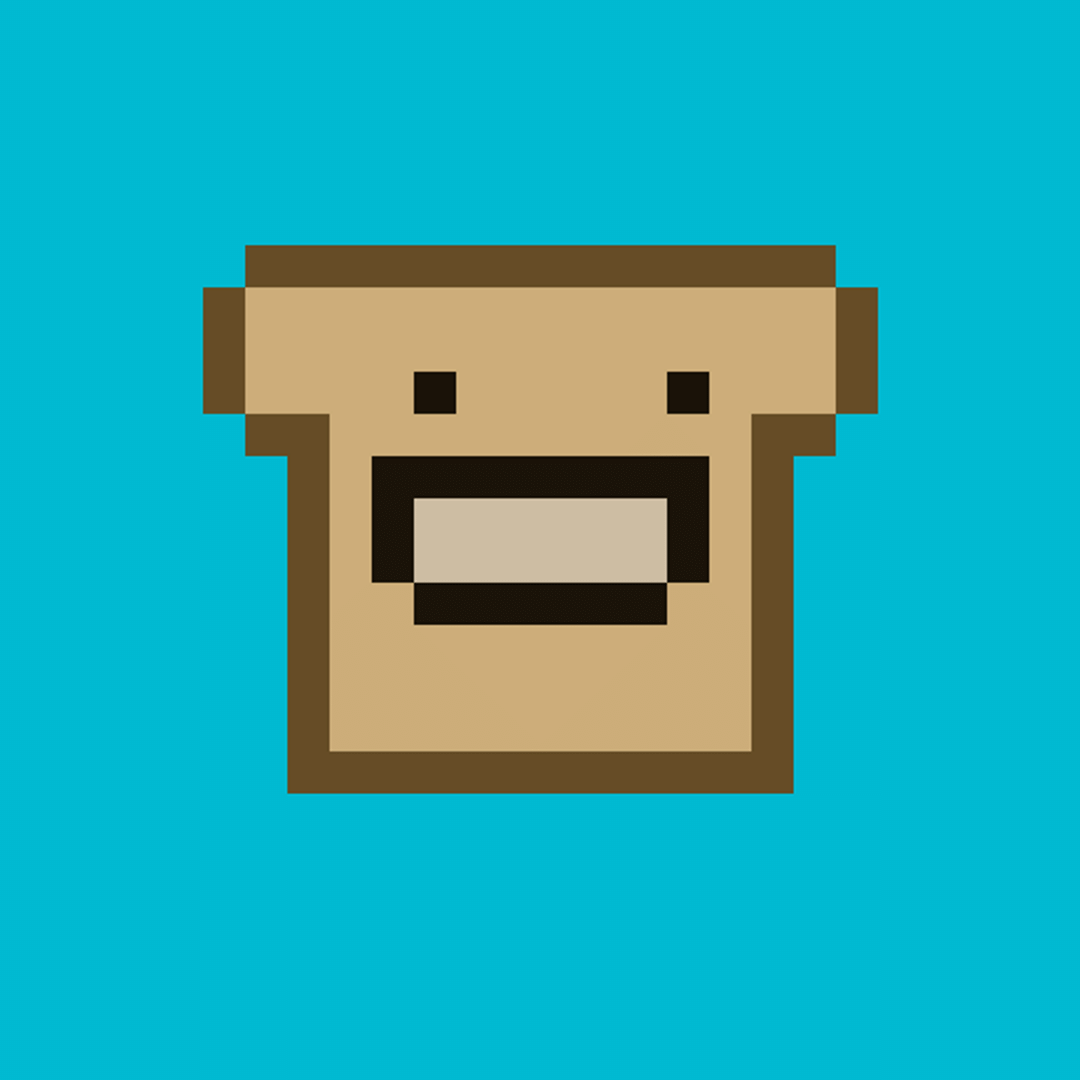 offers a casual yet exciting adventure and arcade experience. Players will play as “Fred the bread” as they journey through multiple worlds trying to avoid other foods for risk of becoming toast. The main goal of toast is to create a family friendly yet exciting game for people of all ages. Toast’s simplistic graphics are familiar and allow the user to relate to the app.

Toast’s easy to use controls, many exciting features, and simplistic graphics set itself apart from other apps on the app store. As the stage scrolls by users simply tap the screen to make their character jump onto platforms, over enemies, or even into power ups.

One of the greatest features that toast has to offer is its unlockables. Users accumulate coins by playing Toast. These coins can be used to purchase more levels and characters to play as. Users can play as every adorable enemy in the game for just a small cost of coins. With over 30 playable characters and 12 different worlds, Toast has a lot of depth for characters to explore.

For players who have a knack for competition, Toast will save the user’s highest scores and post them to a global leaderboard so that they can compare themselves against other players across the world. Additionally, players also unlock achievements from achieving high scores, collecting items, jumping, defeating enemies, and accumulating coins to use for unlockables.

Toast is available world wide for absolutely no cost to the user. Currently the app does not provide any in app purchases and is available on both iPhones and Android phones.

Journey through different worlds as Fred, a charismatic piece of bread who's goal in life is to not become toast. In this side-scrolling adventure you will battle against numerous foods and enemies alike as they try to turn you into toast. You can attempt to beat every high score in 8 dynamic levels, enjoy beautiful, elegant, and simplistic graphics, and even brag to your friends about your mad "Toast!" skills! Toast has several features including: