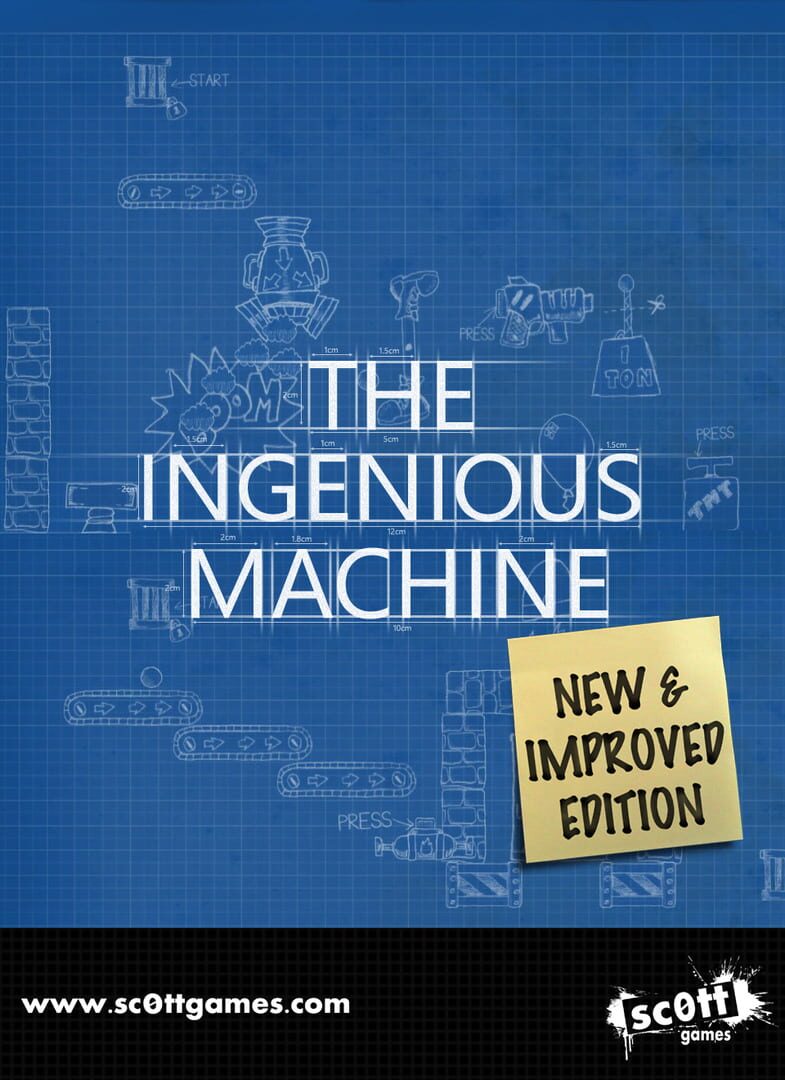 The Ingenious Machine is a single-player physics-based puzzle game. The player is presented with a series of light bulbs that they must switch on, by creating elaborate machines out of a pre-defined array of gadgets. The gadgets include gears, conveyor belts, magnets, weights, explosives, and lasers. Points are awarded for creativity, but deducted for each failed attempt at building a working machine. This is an extended edition of the original Ingenious Machine, which was previously released for Android and iOS. The "New and Improved Edition" features the following updates: - Twice as many levels. Fifty in total. - Improved music. - Improved graphics. - New gadget types; including springs, flame-throwers, balloons, and a cloning machine! It's all about user-generated content and creative problem-solving. And also dynamite.