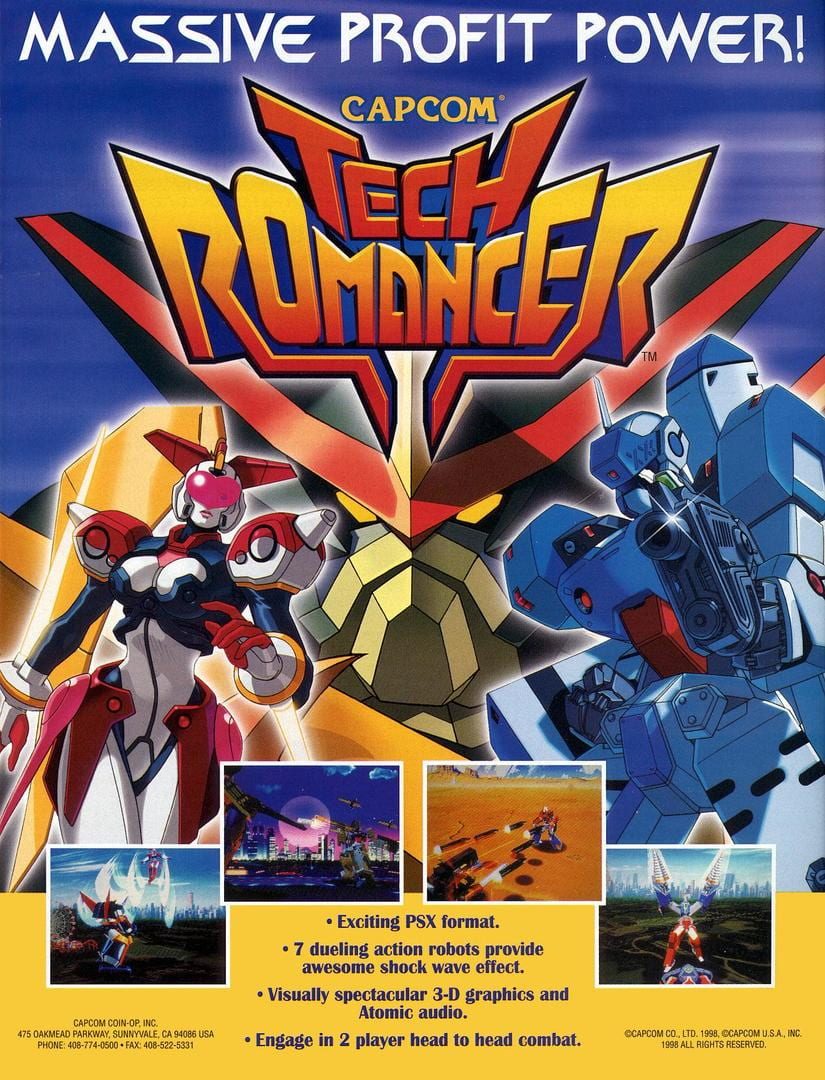 Tech Romancer (Japanese: 超鋼戦紀キカイオー Hepburn: Chōkō Senki Kikaiōh?, "Chronicle of Super Steel Warrior Kikaioh") is a 1998 3D fighting arcade game by Capcom that draws heavily from the various subgenres of mecha anime. It has been ported to the Dreamcast console. The player controls a giant robot which is used to fight another robot in one-on-one combat. Studio Nue (the animation studio responsible for the mechanical designs for many anime series including The Super Dimension Fortress Macross, Gunbuster, and Mobile Suit Gundam 0083: Stardust Memory) designed the robots in this game.