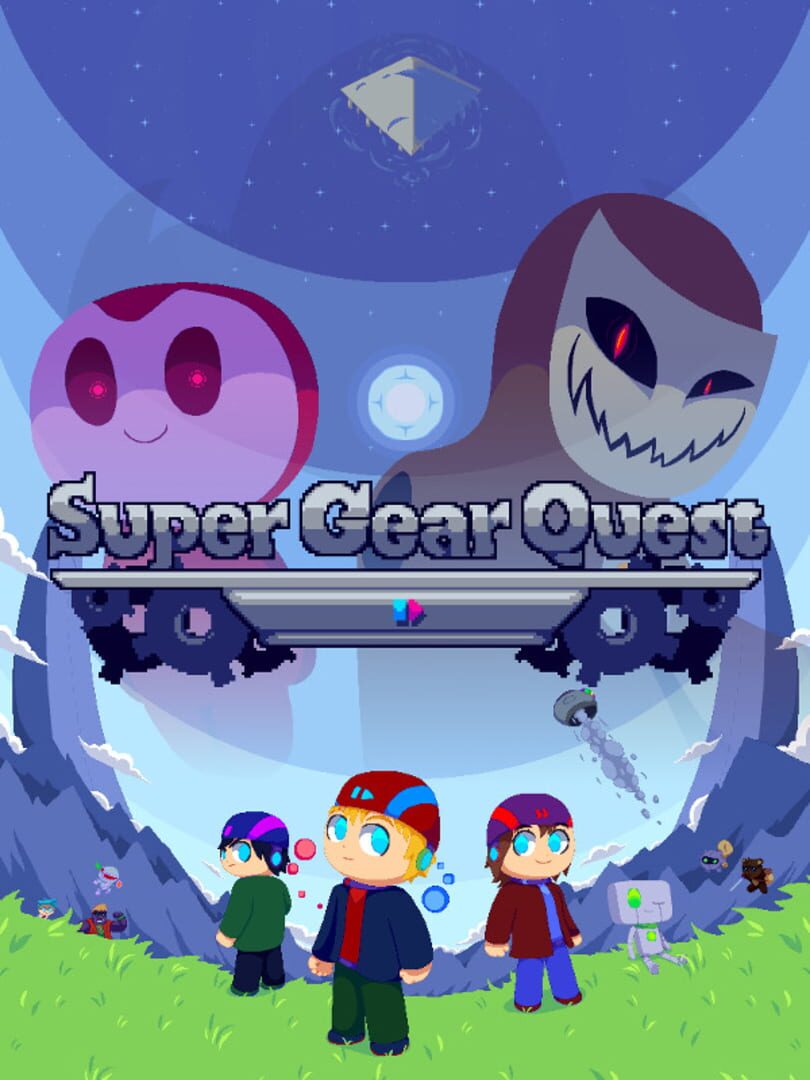 Super Gear Quest follows an android called Starter. He wakes up after many years of being offline, and discovers that he has lost most of his memories.
Starter soon finds out that he also has two advanced digital AIs called M01 and F01 inside him, and together they go on an adventure throughout what's left of the world after a great war.