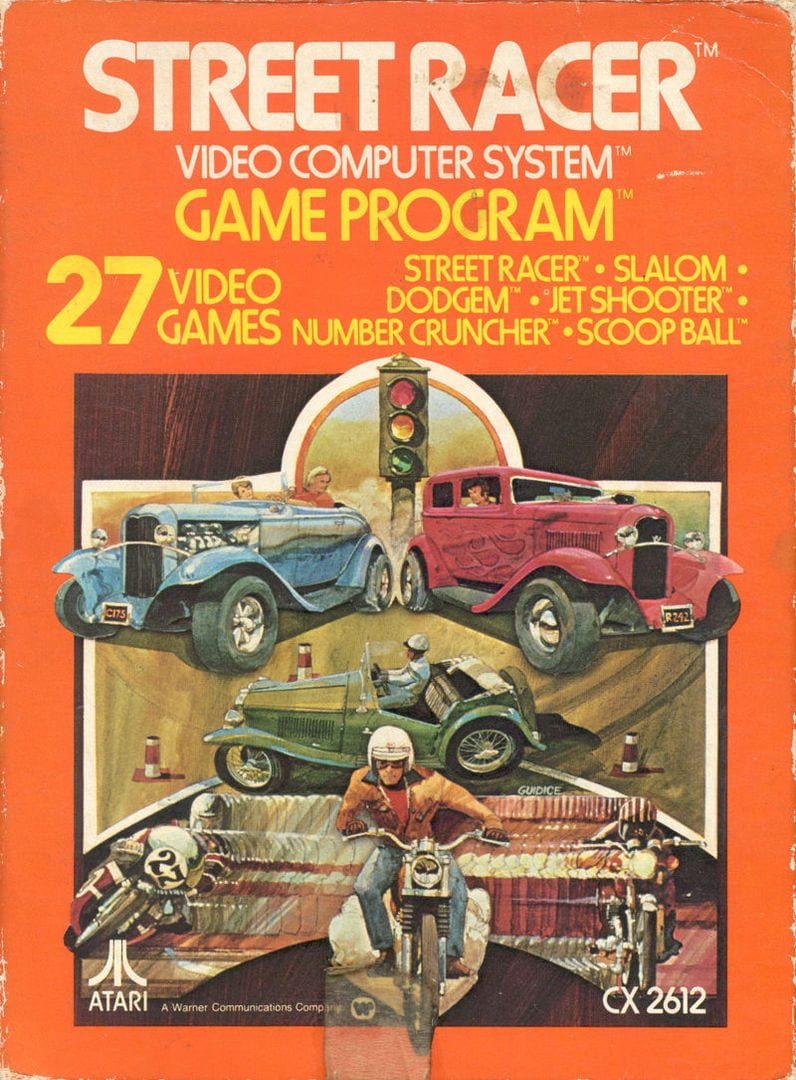 Street Racer is an action racing game for one to four players played from an overhead view. The screen is split into two lanes; in one or two player games, each player has a lane. In three and four player games, players must share the lanes. Each game has a two minute and sixteen second time limit, and your goal is to earn as many points as possible by the end of this time. In addition to the basic racing version, several other game variations are included as well.