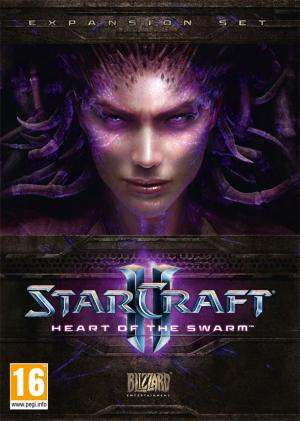 Starcraft 2 Heart of the Swarm CD Key belongs to ‘StarCraft 2 – Wings of Liberty’ series and is its expansion pack. The second part is ‘Heart of Swarm’ and final part being ‘Legacy of Void’. It was on 12th March 2013 that the expansion got released and included multiplayer changes and additional units and a continuing campaign, which focused upon the Zerg race. The protagonist of the game is Sarah Kerrigan, who is on a mission to take her revenge on Arcturus Mengsk, the emperor of Terran Dominion and to get back the swarm’s control. It was then declared to be standalone title on 15th July, 2015, thereby allowing players to enjoy this pack without having to have the original version of the game.

The publisher and developer of the game is Blizzard Entertainment. Its designer is Dustin Browder and artist is Samwise Didier. The game has been written by Brian Kindregan and Chris Metzen and composed by Jason Hayes, Glenn Stafford, Rusell Brower, Derek Duke and Neal Acree. It has been created for OS X and MS Windows and is a real time strategy game. According to the developers, it sold worldwide over 1.1 million copies in the initial two days of its launch.