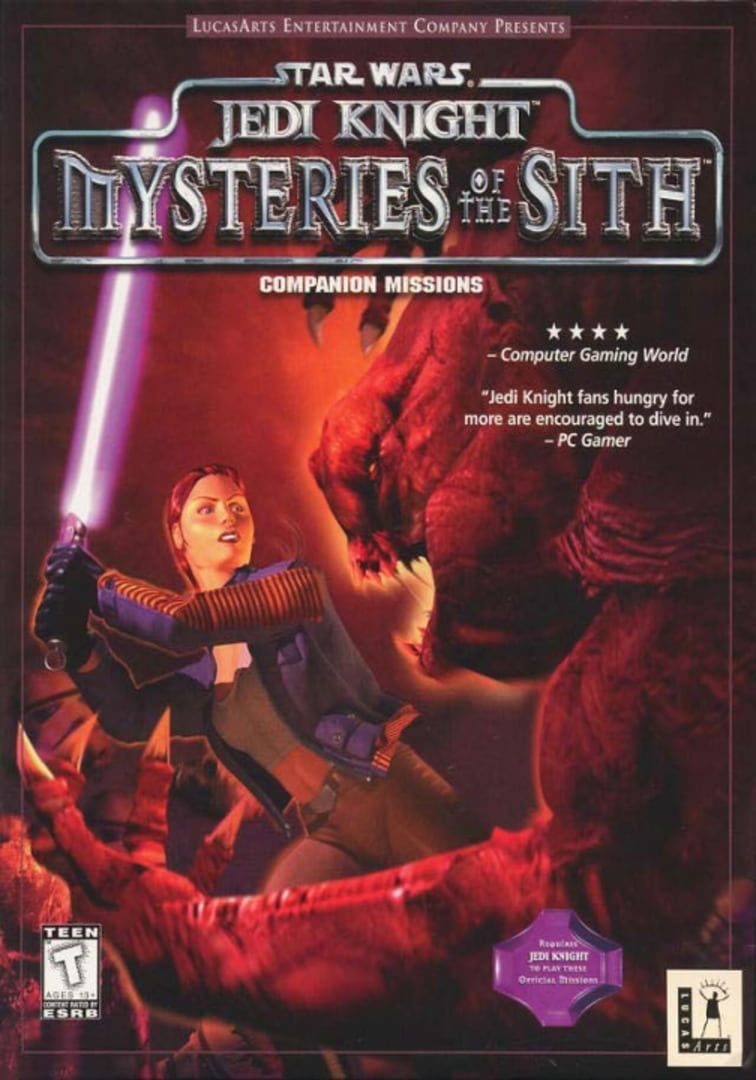 First introduced in Timothy Zahn's award-winning Star Wars™ novel, Heir to the Empire, Mara Jade combines her experiences as a smuggler and Emperor's Hand with her apprenticeship as a Jedi Knight. Mara's training will continue in the field as she makes use of four new weapons and five new Force™ powers to secure supplies for the New Republic.

Meanwhile, Kyle pursues what he believes to be his destiny as he searches for secret treasures in an ancient Sith temple. Will you uncover the Mysteries of the Sith?