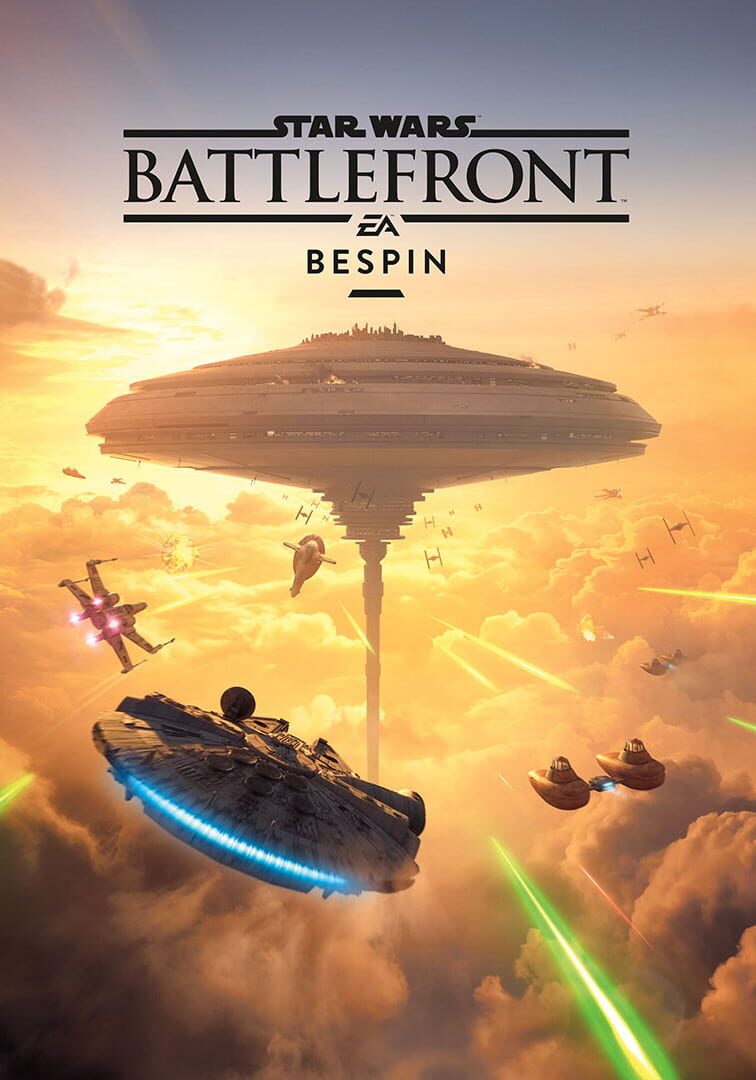 Join Lando Calrissian and Dengar in the deceptively serene Cloud City. Take flight in a cloud car or hunt enemies in the Bioniip Laboratories or Carbon Freezing Chambers. Want to avoid becoming a target yourself? Get your hands on 2 new weapons and 3 additional Star Cards. This deal's getting better all the time.

New playable characters. Take aim as the suave but deadly smuggler, Lando Calrissian or get down and dirty as the ruthless bounty hunter, Dengar.

New maps and modes. Journey in, around and over Cloud City with 5 new multiplayer maps including the infamous Carbon Freezing Chambers, Administrator's Palace and Bespin Airspace (Fighter Squadron mode only). Then get ready for some serious monkey-wrenching with the Sabotage game mode.

New gear and extras. Patrol the not-so-friendly skies in a cloud car vehicle or hunt your enemies with the X-8 Night Sniper and EE-4 blaster. Want an extra edge? There are 3 additional Star Cards including Disruption, Scout Binoculars and the devastating Shock Grenade!