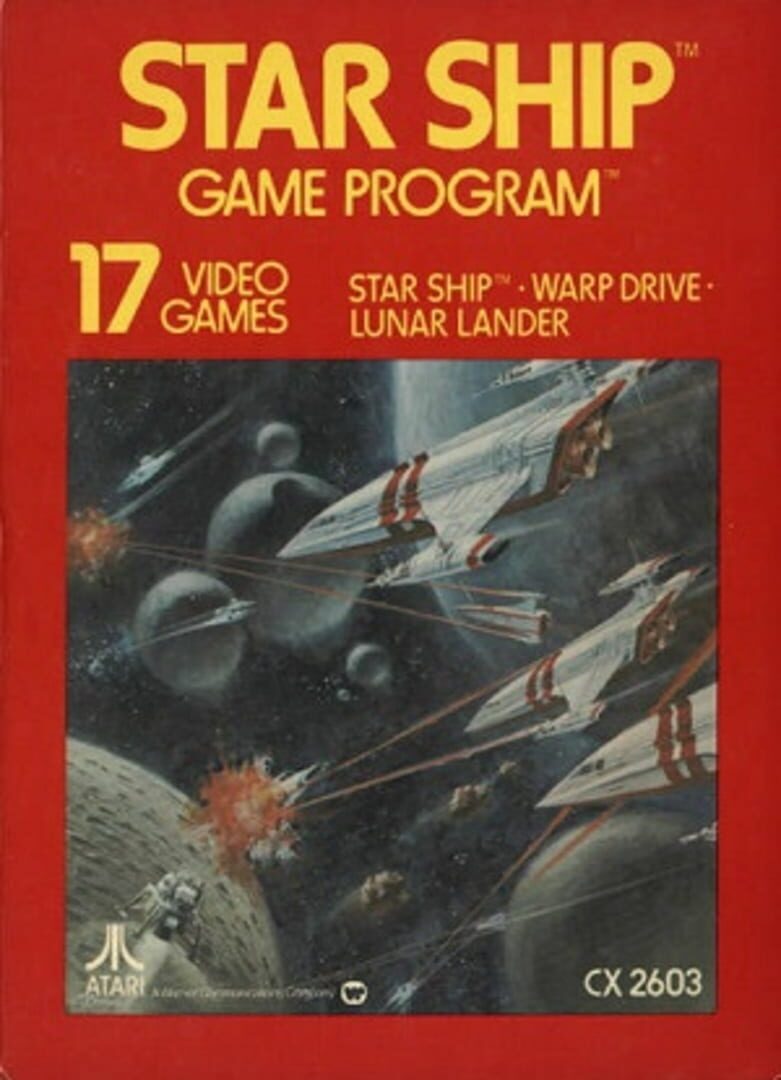 Star Ship is a First-person shooter video game cartridge developed by Atari, Inc. for its Video Computer System (later known as the Atari 2600). The game was one of the nine launch titles offered when the Atari 2600 went on sale. It was designed and programmed by Bob Whitehead. It was based on the Atari arcade game Starship 1.
The re-branded Sears TeleGames version was titled "Outer Space".