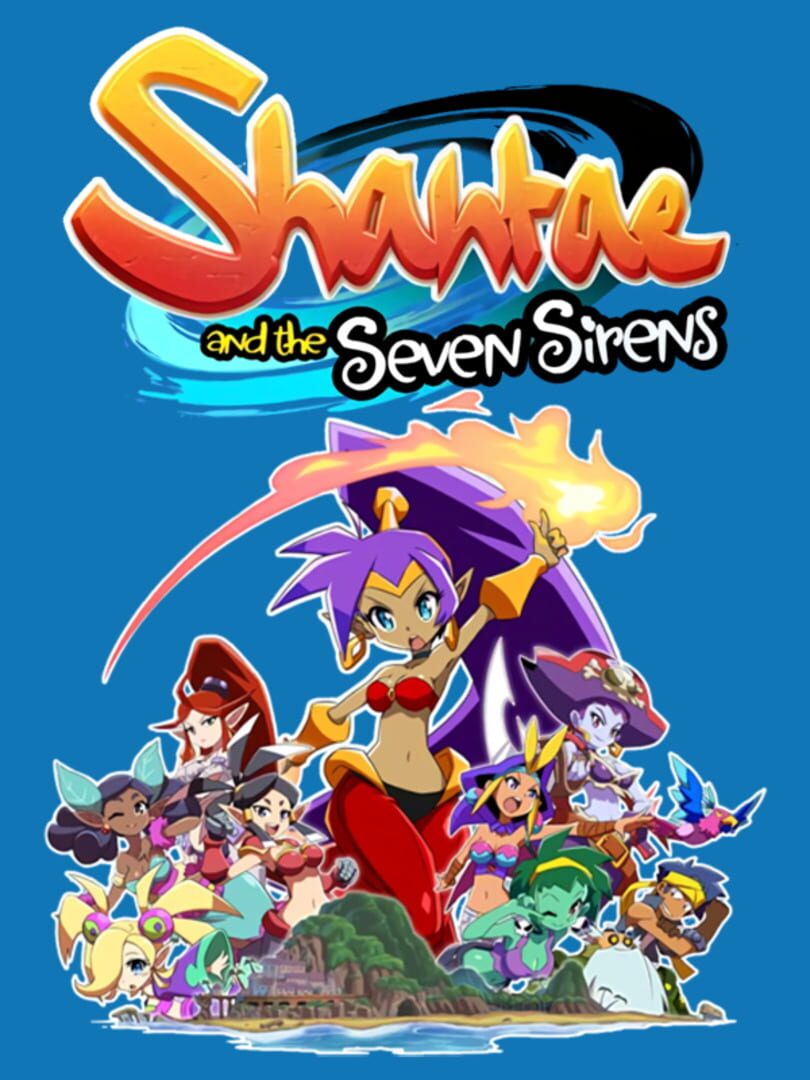 Formerly referred to as Shantae 5, Shantae and the Seven Sirens sends the belly-dancing, hair-whipping, half-genie hero to a tropical island where Shantae and her friends encounter other Half-Genie allies, but they soon learn there’s trouble in paradise. As Shantae gets caught up in the island’s sinister secrets, she’ll use all-new dance abilities and instant-transformation Fusion Magic to explore the nonlinear, interconnected world where she’ll visit multiple towns, overcome treacherous labyrinths, and battle dastardly bosses. The game also features a new collectible card system that grants players the freedom to augment Shantae’s powers to suit their own style of play.

Shantae and the Seven Sirens finds Shantae and her friends on vacation at Paradise Island, where they encounter other Half-Genies, and Shantae is invited to the Half-Genie Festival. However, she soon discovers that things are not as they seem as the other Half-Genies are kidnapped. It is left to Shantae to explore the ancient Sunken City and overcome its treacherous labyrinths to rescue the other Half-Genies and find out they were abducted. Along the way, she discovers new dance abilities and instant-transformation Fusion Magic, and battles the mysterious rulers of the Sunken City, the Seven Sirens. However, she also ends up encountering her longtime nemesis Risky Boots, who seeks a mysterious treasure said to reside beneath the island.