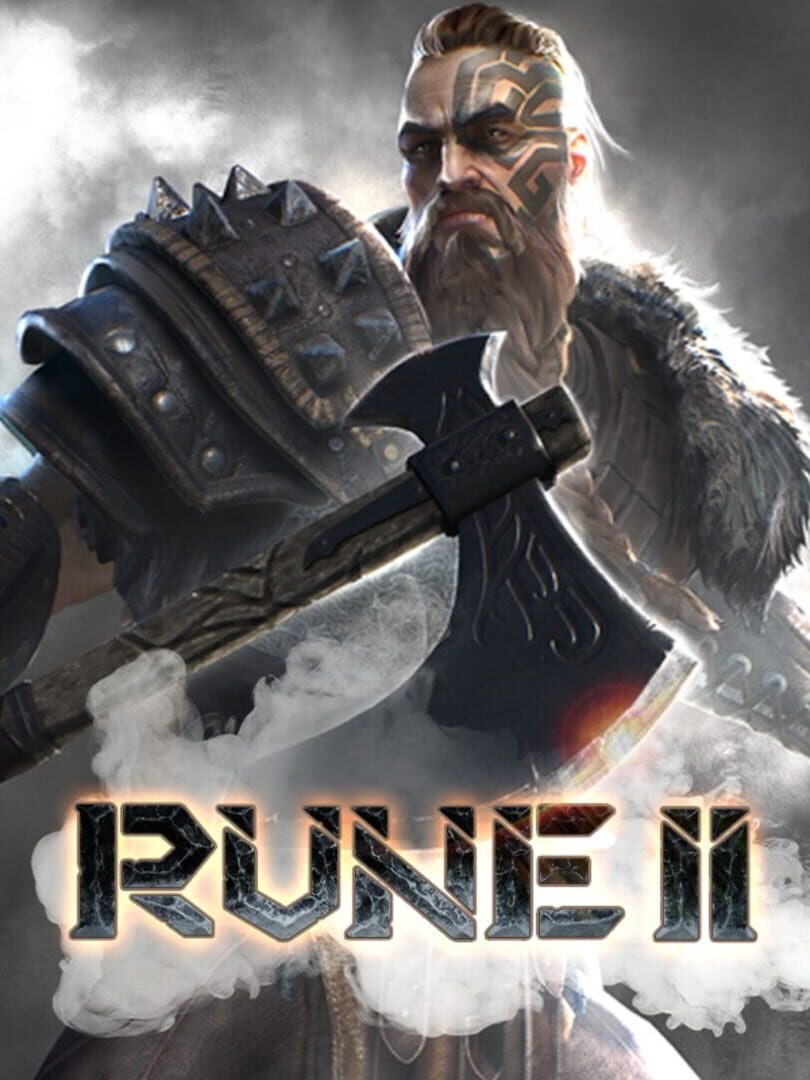 Inspired by the original Rune (2000), RUNE II is set in a dangerous Norse universe during Ragnarok, the end of days, where beasts and the last remaining humans alike struggle to survive.

You have been chosen by the gods to be Midgard’s savior - receive their blessings and powerful abilities as you endeavor to end Ragnarok! Race against time to prevent the trickster Loki from destroying Midgard as he keeps the world in a perpetual state of chaos.

Alone or with friends, you will battle legions of Loki’s minions in brutal melee combat, travel the world collecting rare resources, locate precious artifacts to weaken the Realm Gate and craft the mightiest weapons the Nine Realms have ever seen.

Are you powerful enough to Take Down Loki...or will a new age of darkness begin?

From birth, the children of the North hear tales of the end of the world. A battle so great the gods fall and the Nine Worlds are consumed by frost and fire. But these tales are false. The gods did not perish.

For seven years, the worlds have been devoured by death and destruction. Beasts, giants, and the undead wage war on all living creatures while the gods fail to end Ragnarok. Thor, with his mighty hammer, was powerless as ice and fire spread across the fields of Midgard.

Freya, and her falcon suit, were unable to prevent the giants from destroying innocent villages. Hel’s army was no match for the terrible beasts that crossed their path, and Asgard’s most cunning god, Loki, couldn’t outwit the onslaught of venomous beasts.

Not even Odin, one of the wisest and most powerful gods, could stop Ragnarok from spreading like a plague through these once-fruitful lands. Soon, humanity will perish under the weight of the war.

Now, mankind must rise and do what the gods could not. Ragnarok must end.