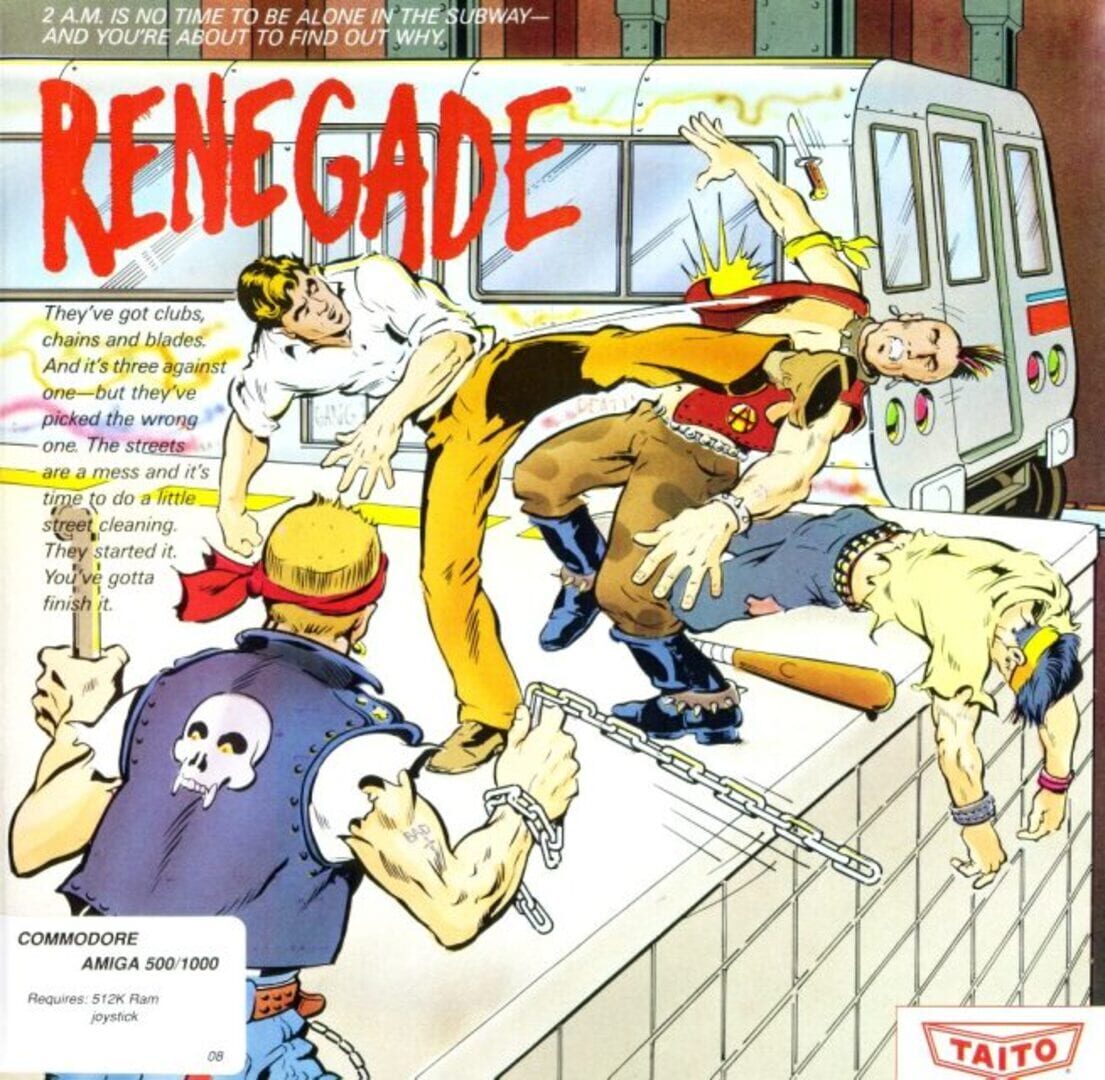 Unlike Technos' subsequent game Double Dragon, the playing field is limited to one two-screen-wide area (a subway platform, a harbor, an alley, a parking lot and the hideout of a gang) and does not scroll continuously. Out of the four stages in the game, the first, second and third each begin with the player fighting a group made up of two different types of small fry enemies: one with fewer hit points and a stronger attack (usually armed with a weapon) and one with more hit points, but with a weaker attack and the ability to grab the player from behind, making him vulnerable to other enemies' attacks.

When only three underlings remain (in any combination of the two) their boss will come in from the sidelines and join the fight. When the boss is defeated, any remaining enemies retreat off the bottom of the screen, and the stage ends. The second stage follows this same formula, but begins with a series of enemies riding motorcycles trying to run the player down, and brings in the normal enemies once the bikers have been defeated. The third stage is a gang of women; their boss is a very large woman who cannot easily be knocked to the ground. The fourth stage features a single type of knife-wielding enemy who can kill the player with one hit. Once the player has defeated this first wave of enemies, the main character proceeds to enter a building at the far right of the stage. There, he faces three more knife-wielding enemies and the final boss, a mobster whose gunfire is also deadly with one hit. Once the final boss is defeated, the main character exits the building and is greeted by his rescued girlfriend, who proceeds to give him a kiss. The game then begins the next cycle with an increased difficulty.

In Renegade, the player controls a vigilante (named Mr. K in the NES version), who fights a variety of street gangs on his way to save his girlfriend.