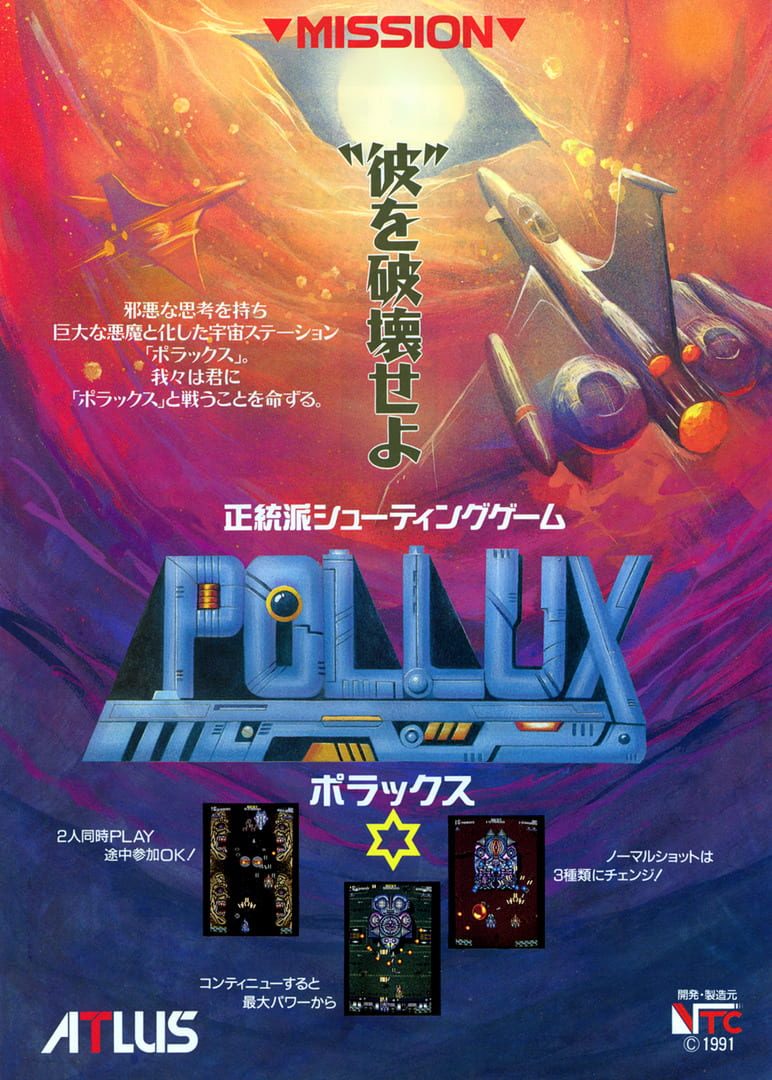 Pollux (ポラックス) is a vertical scrolling shooter arcade game. It was developed by Dooyong and published by Atlus, released only in Asian arcades in 1991.

As a part of mankind’s future space development project, an enormous, automated space station called Pollux is developed. Pollux is equipped with an artificial brain that acquires so much intelligence that it makes its own personality, gender and exceeds the minds of its creators. However, Pollux starts to dwell on the thought of evil so much that it starts attacking those it was supposed to service. The player assumes control of a space fighter pilot assigned to destroy Pollux before it takes any more lives.