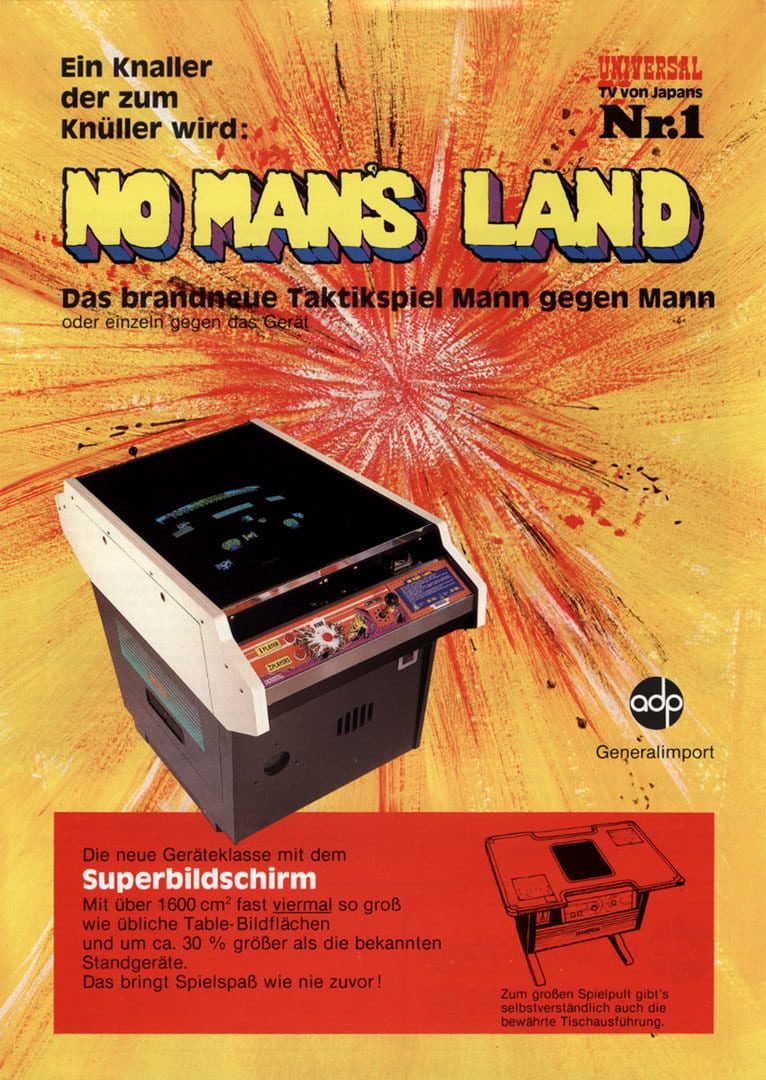 No Man's Land was produced by Universal in 1980.

Universal released 45 different machines in our database under this trade name, starting in 1977.

You control a tank with a hall effect joystick. The tank can move in 8 directions. The fire button causes the tank to shoot in the direction it is moving. On each screen, there are active and dormant enemy tanks. As the screens progress, the tanks are worth more and more, but the dormant tanks are always worth twice as much as the active ones. Of course they are well guarded! The scenery consists of a few trees and a river which you can only cross by bridge. If you shoot an active tank, one of the dormant tanks will spring to life and come after you. The object of the game is to clear the level and go on to the next one before they kill you. Each succeeding level has more enemies, and moves faster and faster. The game plays a tune at the start of each level, and then there is a JAWS-like tune that it plays as you play. As the battle gets more and more frantic, so does the music. The tank makes a simple but interesting sound that is unique to this game. It is a sort of rumbling sound that you'd expect, but it has a squeaky sound like metal or ball-bearings grinding.