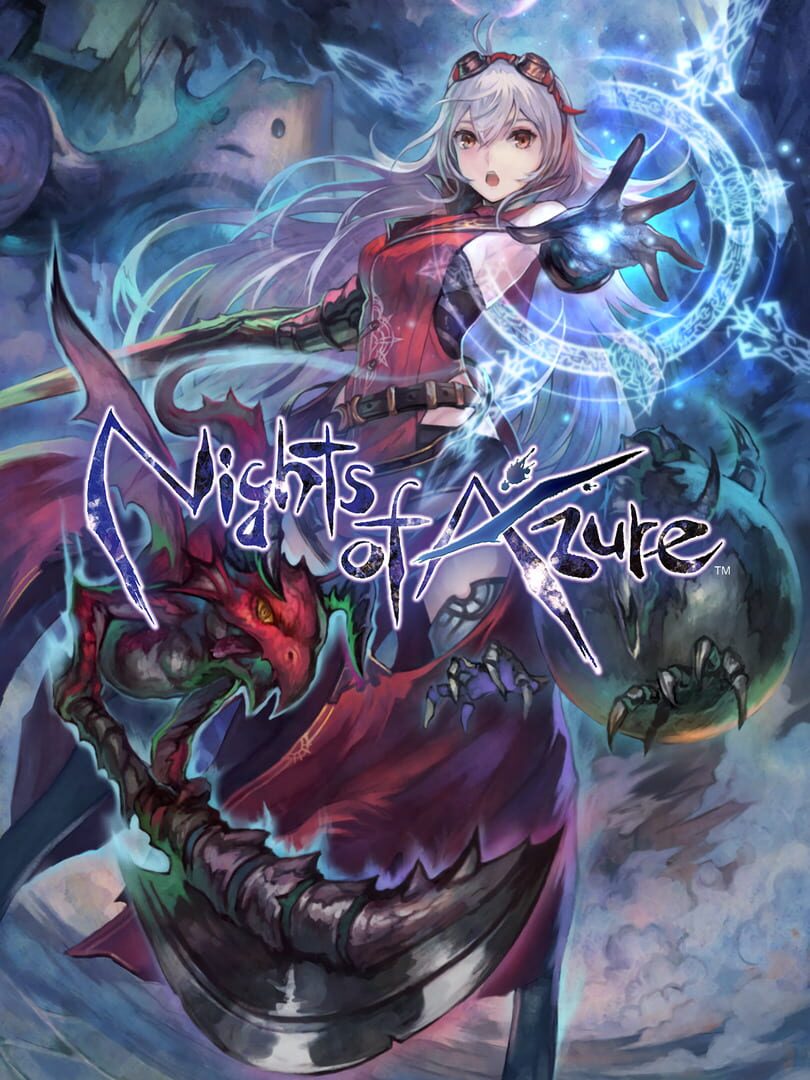 The game is set on the imaginary island-kingdom of Ruswal, where nights are plagued by Azure-blooded demons. Although it is dangerous for humans to leave their homes after dark, the brave knights known as the Curia are trained to fend off the ever growing threat.

Among them is Arnice, a warrior of great skill and the protagonist of Nights of Azure. While she’s skilled with a blade, her talents aren’t just a product of her training. Arnice has some demon blood herself and is actually the only human that has managed to touch azure blood and survive! This event hasn’t left her unscathed and its thrilling implications become apparent quite early on; among others, it allows her access to a set of impressive abilities including the power to summon monsters to her aid in battle.

"In the kingdom of Ruswal, very few people leave their homes after nightfall, let alone have the strength and skill to take on the powerful, azure-blooded demons that plague the island. One of the best among these brave few is Arnice, a knight of great skill and power, who is assisted by her friend and priestess Lilysse in a quest to rid the land of these monsters. However, they soon find out that the solution to the island’s problems might not be as simple as defeating enemies in battle."