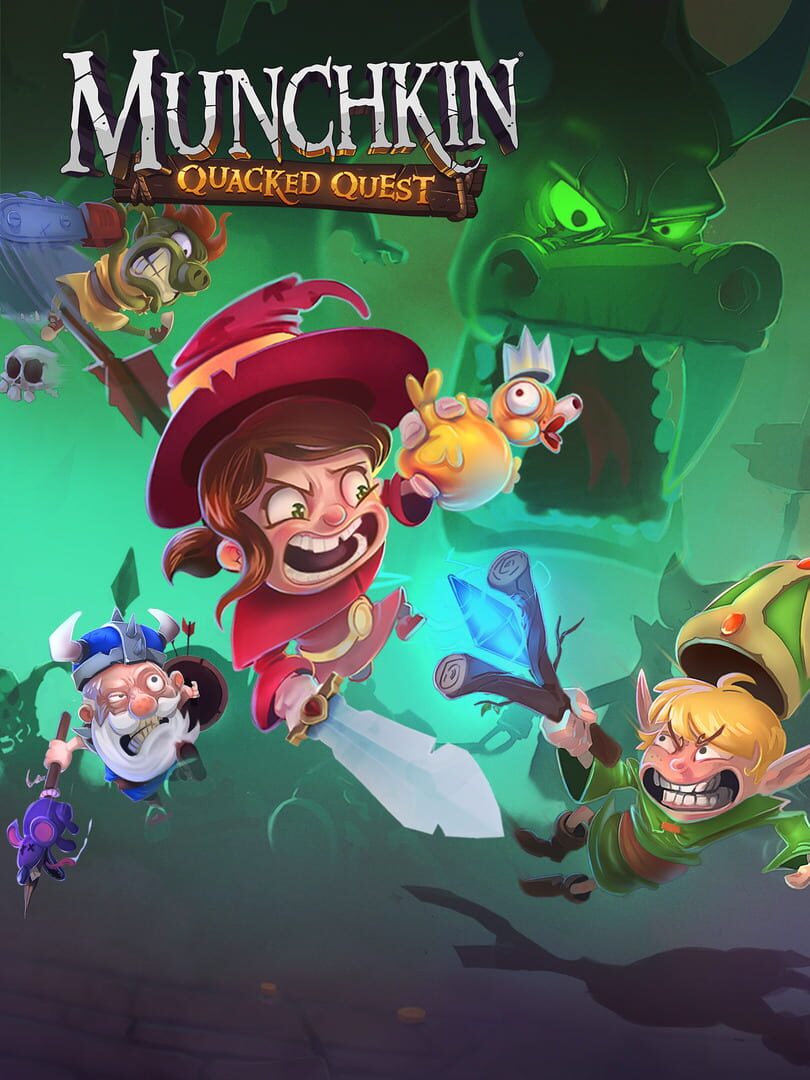 Dive into Munchkin: Quacked Quest and re-discover the parody, puns, and humor from the hit card game Munchkin by Steve Jackson. Gather gold, throw your foes (and friends) into sacrifice pits, collect ducks, eliminate the monsters—from reanimated skeletons to the Potted Plant and even the Plutonium Dragon—and reach the highest level to win the game! After all, there’s only one spot at the top and you just found a chainsaw…

Gather your best friends, or enemies (doesn’t matter, you’ll turn on each other either way), and take down the rampaging hordes of monsters! Beat your “allies” to the treasure and gear up with legendary weapons such as the Rat-on-a-Stick, a Scepter that sends love or a Flare Gun.. Fast-playing and silly, Munchkin: Quacked Quest can reduce any roleplaying group to hysteria. And, while they're laughing, you can be the first to grab the ducks.