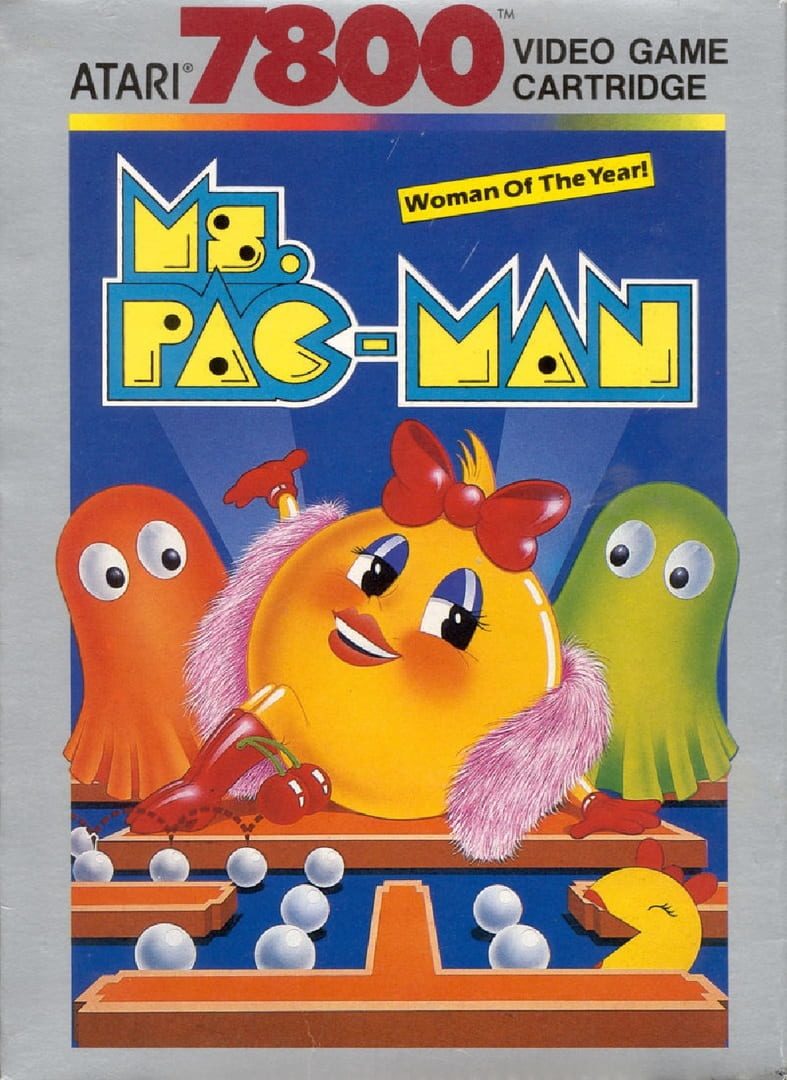 In 1982, a sequel to the incredibly popular Pac-Man was introduced in the form of his girlfriend, Ms. Pac-Man. This sequel continued on the "eat the dots/avoid the ghosts" gameplay of the original game, but added new features to keep the title fresh.

Like her boyfriend, Ms. Pac-Man attempts to clear four various and challenging mazes filled with dots and ever-moving bouncing fruit while avoiding Inky, Blinky, Pinky and Sue, each with their own personalities and tactics. One touch from any of these ghosts means a loss of life for Ms. Pac-Man.

Ms. Pac-Man can turn the tables on her pursuers by eating one of the four Energizers located within the maze. During this time, the ghosts turn blue, and Ms. Pac-Man can eat them for bonus points. The Energizer power only lasts for a limited amount of time, as the ghost's eyes float back to their center box, and regenerate to chase after Ms. Pac-Man again.

Survive a few rounds of gameplay, and the player will be treated to humorous intermissions showing the growing romantic relationship between Pac-Man and Ms. Pac-Man, leading all the way up to the arrival of "Junior".