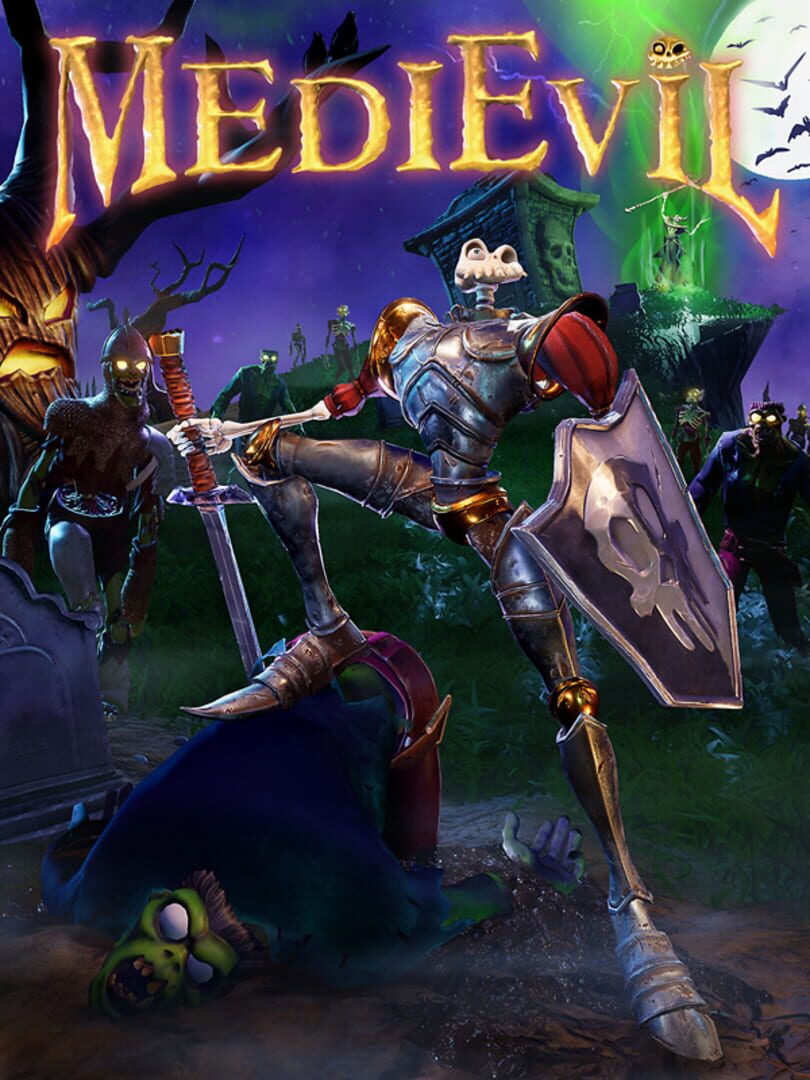 The game takes place across a variety of levels, many of which require certain objectives to be performed to progress. Sir Daniel Fortesque can use a variety of weapons, consisting of close range weapons such as swords and clubs to long range weapons such as crossbows. Many of these weapons can be charged for a powerful attack and some weapons, such as the club, can be used to access areas that are otherwise inaccessible. When not possessing any items, Dan is able to rip his own arm off and use it for both melee and ranged attacks. Dan can equip a shield alongside weapons to defend against attacks; though they can only take several hits of damage before breaking. Throughout the game, Dan can visit gargoyle heads of two varieties; green ones offer Dan information while blue ones allow Dan to buy services or ammunition by using the treasures he finds.

Dan's health is determined by a single health bar, which reduces when Dan is hit. It will deplete completely if Dan drowns or falls from a great height. If Dan completely runs out of health, the game will end. Dan can extend his maximum health by collecting Life Bottles, which will automatically refill his health bar if it drops to zero. Also hidden throughout the game are Life Vials and Life Fountains that can replenish Dan's health and fill up any empty Life Bottles Dan has. In each level, there is a hidden Chalice of Souls, which can be collected if the player fills it with enough souls from defeated enemies (some Chalices are awarded via other means). If the player clears a level with a Chalice in hand, Dan is warped to the Hall of Heroes, where he can speak to a legendary hero who will give him rewards, such as weapons. If the player finishes the game with all the Chalices, the game's true ending is revealed.

In the year 1286, an evil sorcerer named Zarok plotted to take over the kingdom of Gallowmere with his undead army. It is told in legend that the King of Gallowmere's champion, Sir Daniel Fortesque, led his army to victory and managed to kill Zarok before succumbing to his mortal wounds. In reality however, Dan was in fact struck down by the first arrow fired in the battle, with the king choosing to cover it up and declare Dan the "Hero of Gallowmere". Zarok, meanwhile, was forced into hiding and was presumed dead. 100 years later, in 1386, Zarok reappears, casting a spell over Gallowmere to awaken his undead army and steal the souls of the living. However, in the process, he unwittingly revives the corpse of Dan, who has over time become a skeletal corpse, missing his jaw and the eye he lost in the battle of Gallowmere. Having been unable to ascend to the Hall of Heroes due to his failures in life, Dan uses this opportunity to defeat Zarok, save Gallowmere and earn his place as a true hero.

As Dan travels across Gallowmere, fighting his way through Zarok's hordes and confronting all manners of beasts, he soon arrives at Zarok's lair, fighting off Zarok's skeletal warriors using the souls of his old allies retrieved by collecting the Chalices. After also managing to defeat Zarok's champion, Lord Kardok, Zarok turns into a powerful monster, but Dan manages to defeat him. As Zarok uses his last breath to cause his lair to collapse, Dan escapes and Zarok's magical influence over the land is thwarted, restoring the souls back to the living and putting the dead back to rest. With the magic cast on him also wearing off as a result, Dan returns to his burial chamber where he once again enters eternal slumber. If the player has managed to collect all the Chalices, Dan will ascend to the Hall of Heroes, where is hailed as the rightful Hero of Gallowmere. 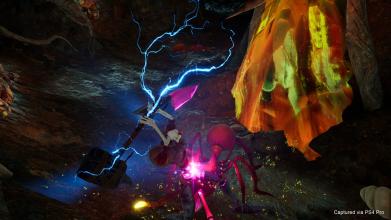 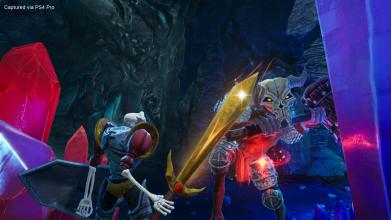 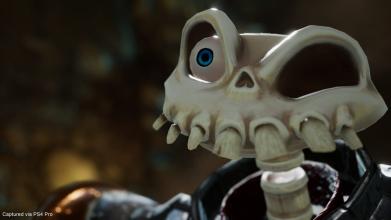 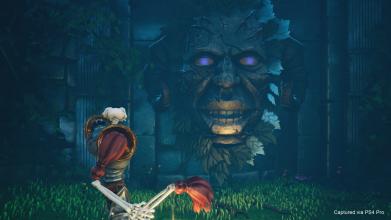 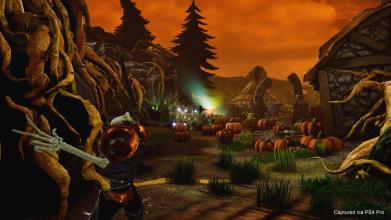