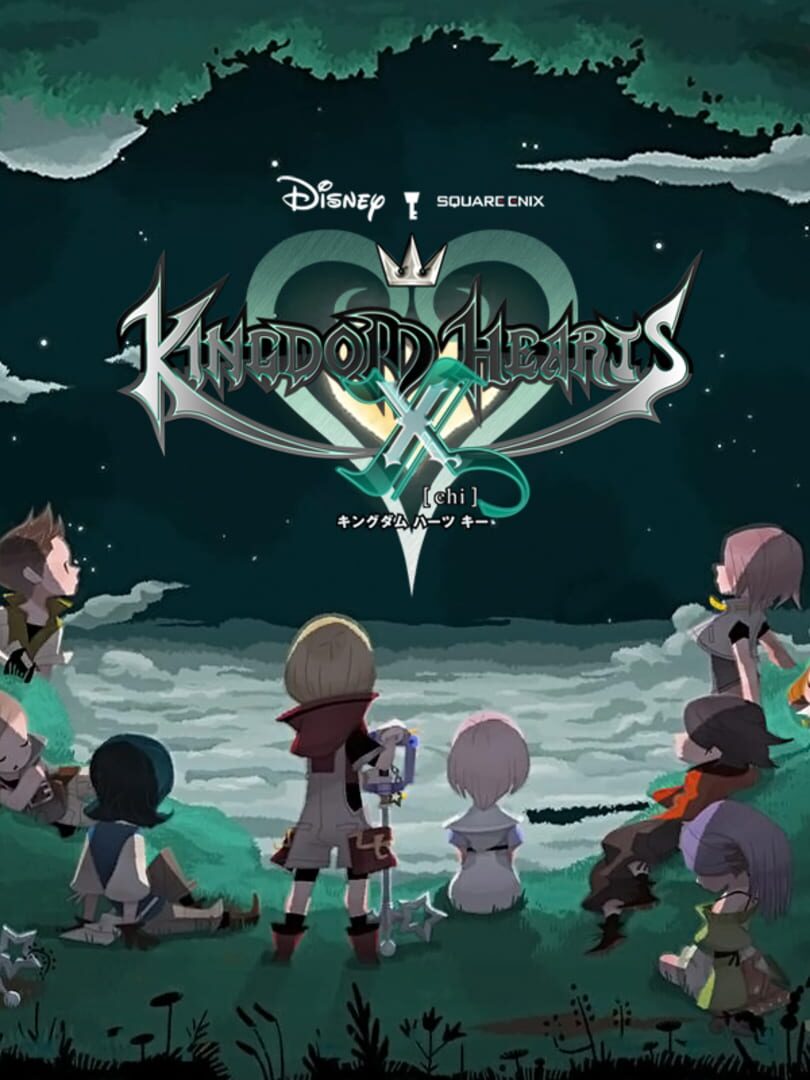 Kingdom Hearts χ, stylized as Kingdom Hearts χ[chi], is a Kingdom Hearts game that is exclusive to PC browsers as the eighth game of the series. The game itself is free to play, but there are items available within it that can be purchased. Set before the events of the Keyblade War, Kingdom Hearts χ has simple, 2D graphics and allows all players to become Keyblade wielders.

"Far away there is a World of fairy tales.
It is a World filled with light.
The light gave birth to many lesser worlds, and then embraced them.
The source of light is Kingdom Hearts, and the key that protects it is the χ-blade.
So long as it endured, it was believed that the World's light would shine eternal.

However, bright light casts shadows that beget darkness.
Darkness brings anxiety and fear, awakening desire.
Formerly hidden in the depths of the heart, darkness turns to chaos and begins to spread across the World.
To halt the advancing darkness, those who desire light forge Keyblades in the image of the χ-blade and set out on an adventure across the World."