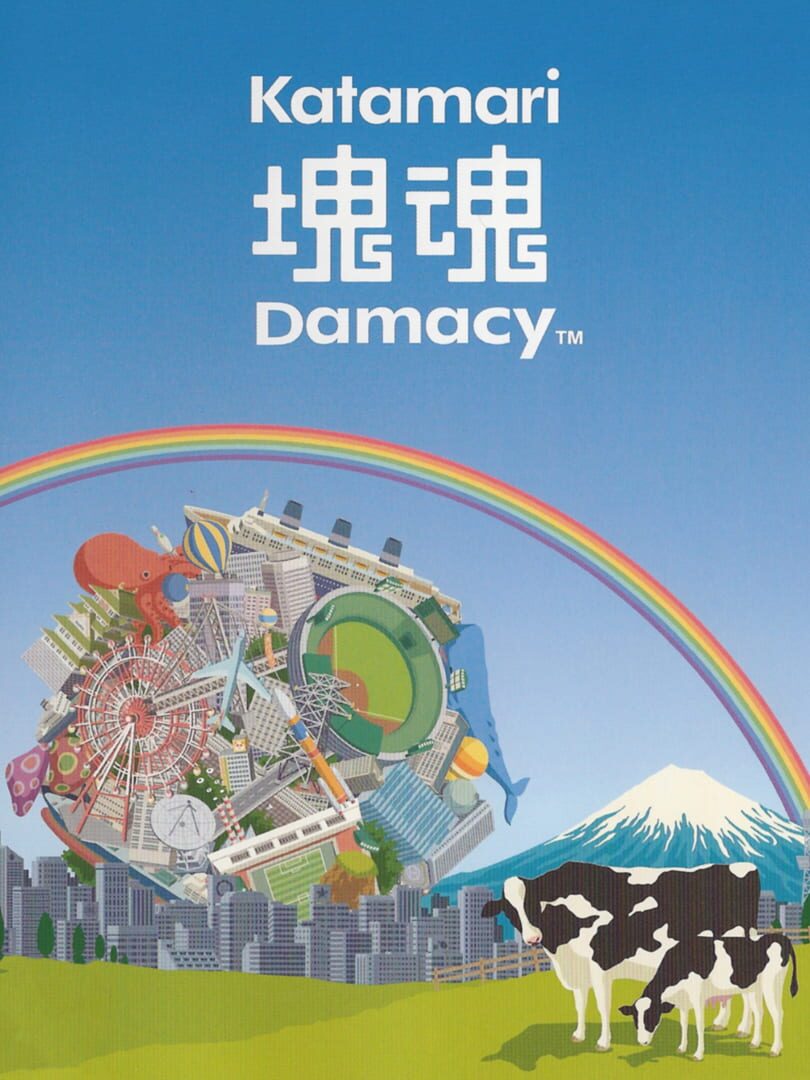 The King of All Cosmos accidentally destroyed the stars and—having recovered—wants the prince to rebuild them. Unfortunately the prince stands a little less than half a foot tall, so recreating the stars will require some effort. Enter the Katamari, a sphere the prince can push around our world to “roll up” items increasing the Katamari’s size until it’s suitable for the King.

Taking place in stylized versions of Japanese houses, cities, and environs, the prince pushes the Katamari around collecting items which adhere to it. At first, the prince can only pick up smaller items, but as the Katamari grows, the more it can collect. Push pins and paper clips cling to the Katamari increasing its size so it can roll over obstacles and pick up bigger items. Over many levels, the Katamari can eventually pick up people, cars, and other bigger items.

Players steer the Katamari from a third-person perspective using the analog sticks on the PS2. A tutorial stage takes the player through the controls and sets up the story as well as introducing a side story about a Japanese girl who can feel the cosmos. Wanting to challenge the prince, the King sets requirements on the Katamari’s size and sets time limits on the level. Bonus missions restore constellations and have their own restrictions.

The world of Katamari Damacy is brought to life with off-beat animation and a catchy soundtrack. Players can find presents hidden in the levels that contain accessories for the prince. Two players can also battle head-to-head in a Katamari competition.