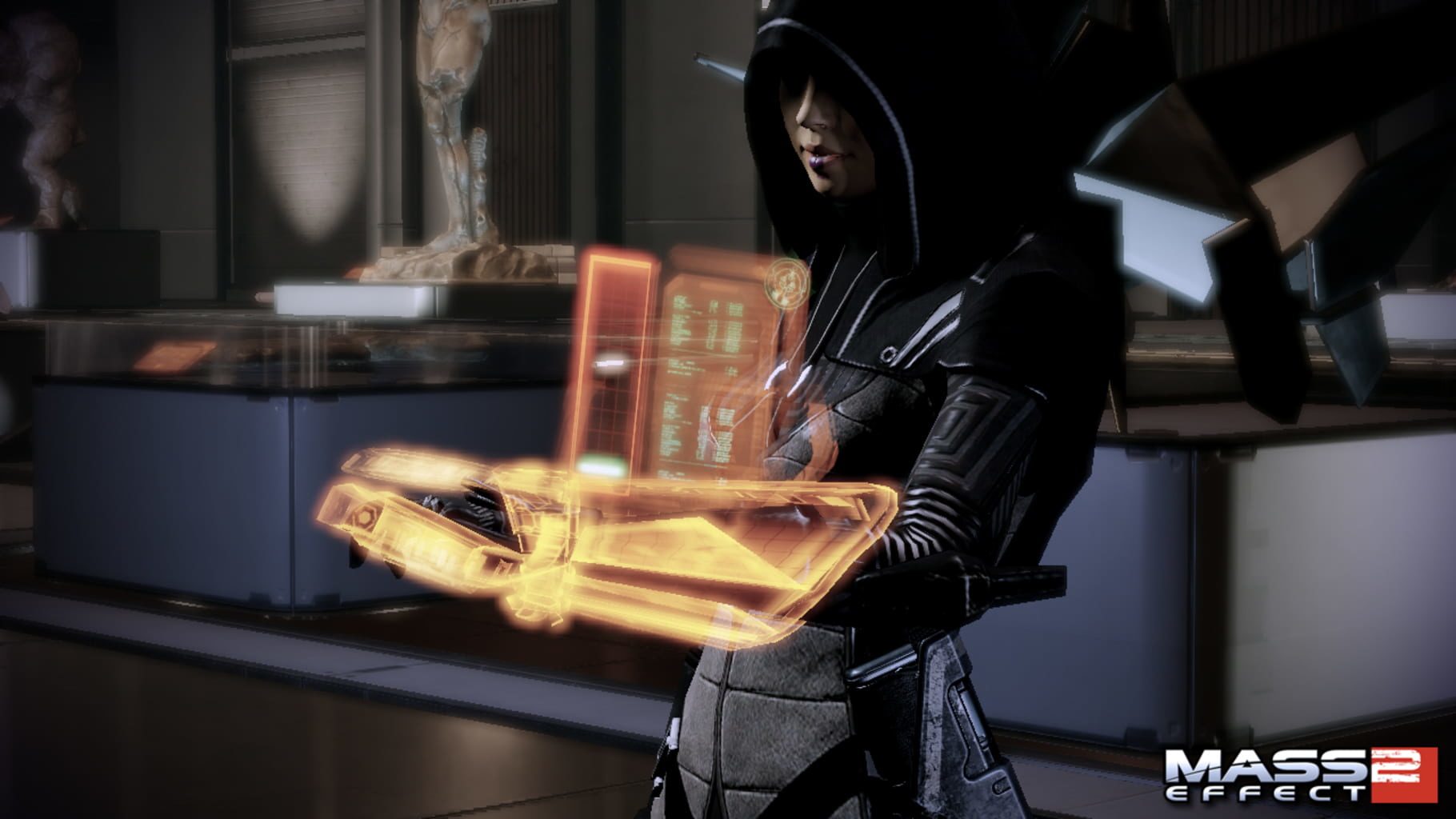 "Stolen Memory" introduces two new missions where the player assumes the role of Commander Shepard, an elite human soldier who must recruit a new squad member named Kasumi Goto and help her steal a graybox that contains important information and memories of her partner.

Shepard is sent to recruit Kasumi Goto, a master thief located on the Citadel, a colossal space station that serves as the capital of the galactic community. In return for her help, Kasumi asks Shepard's help on a heist to infiltrate the vault of a ruthless arms dealer named Donovan Hock. She explains that Hock killed her partner, Keiji Okuda, and stole Okuda's graybox, a neural implant that stores his memories as well as confidential and sensitive information he acquired in the past.