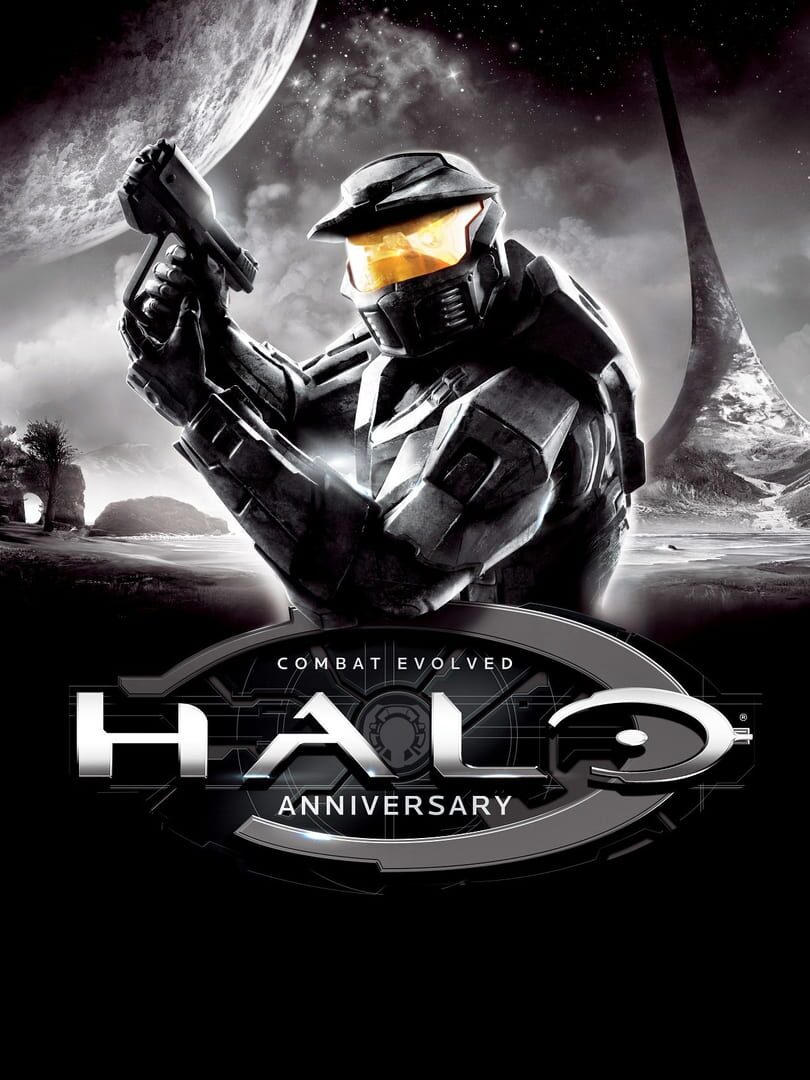 Halo: Combat Evolved Anniversary is a spectacular remastered version of the original game, created to celebrate the 10th anniversary of one of the most beloved first-person shooters in gaming history. Bundled with seven of the most popular multiplayer maps in Halo history ready for Xbox Live, Halo: Anniversary includes a bounty of new features including cooperative play over Xbox Live, Achievements, new challenges, and new fiction to uncover.

The game opens just following the events of Halo: Reach, as the Pillar of Autumn exits slipspace near a mysterious ring-shaped space station, called "Halo" by the enemy in the game, the Covenant. A Covenant fleet attacks and heavily damages the Pillar of Autumn. Captain Keyes initiates "The Cole Protocol, "a procedure which destroys all navigation data and is designed to prevent the Covenant from learning the location of Earth. Master Chief and Cortana fight their way to an escape pod, where they eject from the ship along with a group of Marines. As they fly away they can see Keyes attempting to crash land Pillar on Halo.

Master Chief and Cortana are the only survivors of their pod's crash landing, but they soon contact other survivors and help collect them into a fighting force. The survivors tell them that Keyes survived the Pillar of Autumn's crash landing, but has been captured by the Covenant and is being held aboard the Covenant ship Truth and Reconciliation. Master Chief and a force of Marines board the ship and rescue Keyes, who orders Master Chief to beat the Covenant to Halo's control center and to discover Halo's purpose. Master Chief and Cortana travel to a map room called the Silent Cartographer, which leads them to the control room. There, Cortana enters the systems and, discovering something urgent, suddenly sends Master Chief to find Captain Keyes while she stays behind. Keyes was searching for what he believed was a cache of powerful weapons, but when he reaches his position Master Chief finds only signs of a battle and a recording revealing they have accidentally released the Flood, a parasitic alien race capable of spreading itself by infesting other sentient life-forms.

The release of the Flood prompts Halo's AI monitor, 343 Guilty Spark, to recruit Master Chief in retrieving the Index, a device that will activate Halo and prevent the Flood from spreading beyond the facility. After Master Chief retrieves and prepares to use the Index, Cortana re-appears and warns him against the activation. She has discovered that Halo's defense system is a weapon designed to kill all sentient life in the galaxy, which will deny the host bodies the Flood requires to spread, a revelation which Guilty Spark confirms.

Faced with this information, Master Chief and Cortana decide to destroy Halo to prevent its activation. While fighting the Flood, the Covenant, and Guilty Spark's Sentinels, Cortana discovers that the best way to accomplish this is to cause the crashed Pillar of Autumn to self-destruct. However, Captain Keyes' authorization is required to destroy the Autumn, forcing the Chief and Cortana to return to the now-Flood-infested Truth and Reconciliation to search for him. By the time they reach Keyes, however, he has been infected beyond the point of no return by the Flood. Master Chief retrieves Keyes' neural implants directly from his brain and retreats to the Autumn, where Cortana activates the ship's self-destruct sequence. However, 343 Guilty Spark reappears and deactivates the countdown, discovering the record of human history in the process. Master Chief manually destabilizes the Pillar of Autumn's fusion reactors, and he and Cortana narrowly escape the destruction of the ring via a fighter. Cortana scans nearby space and finds that they are apparently the only survivors. Cortana justifies the sacrifices of the other humans on Halo, stating that they had no choice due to the threat posed by Halo, the Covenant and the Flood. Cortana believes it's over but the Master Chief tells her that they're just getting started.

In a brief post-credits scene, 343 Guilty Spark is seen fleeing Halo's destruction and into the unknown of deep space. 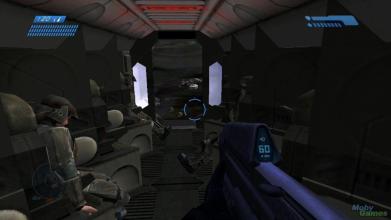 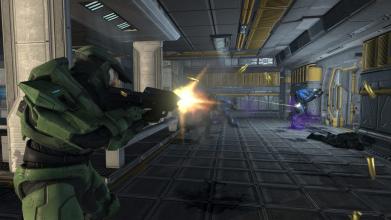 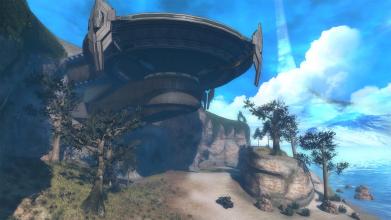 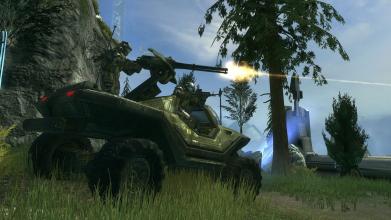 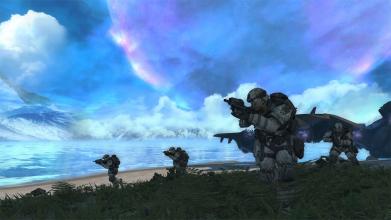