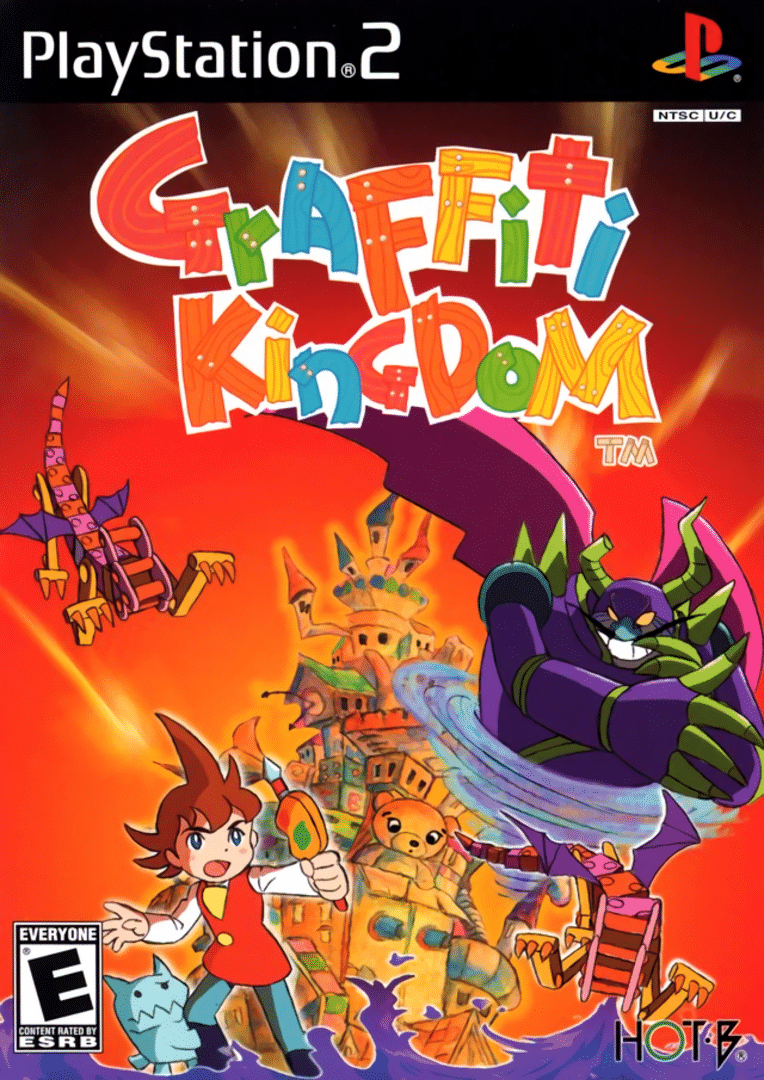 Graffiti Kingdom is the sequel to Magic Pengel, an action adventure game developed by Taito. In the game, you play as a prince who must use his magic wand to save his parents and his home. Use the in-game drawing tools to transform your character into three different creatures at anytime, turn 2D shapes into 3D objects, and pull off a variety of special attacks