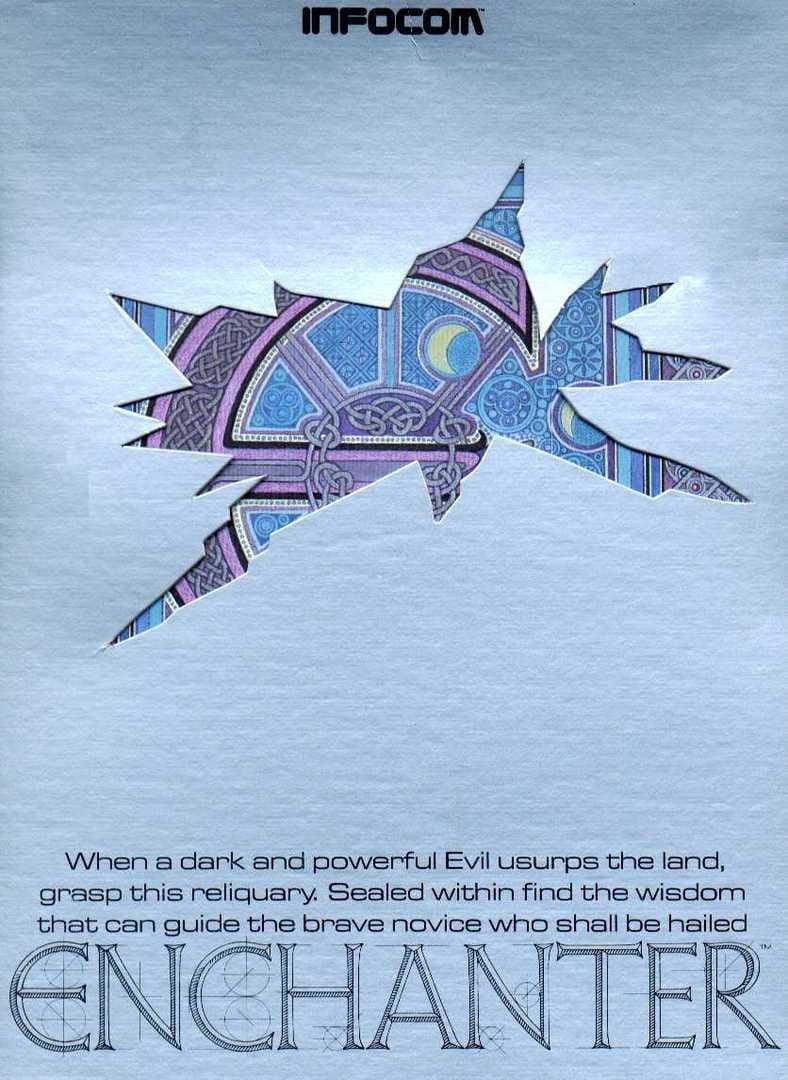 Enchanter is a 1983 interactive fiction computer game written by Marc Blank and Dave Lebling and published by Infocom. It belongs to the fantasy genre and was the first fantasy game published by Infocom after the Zork trilogy (it was originally intended to be Zork IV). The game had a parser that understood over 700 words, making it the most advanced interactive fiction game of its time. It was Infocom's ninth game.

Krill, an incredibly powerful evil warlock, is spreading chaos and destruction. None of the more experienced members of the Circle of Enchanters dare to attempt to stop him. In desperation, the player, a novice Enchanter with only a few weak spells in his spell book, is sent in hopes that Krill will either fail to detect him or dismiss him as harmless. More powerful spells can be found on scrolls hidden in various locations, but as the player becomes more of a threat, Krill will respond accordingly.

This game features an innovative new spell system based partially on Ursula K. Le Guin's Earthsea series and partially Dungeons and Dragons' Vancian spell system, where spells must be prepared through "memorization" before being cast. As in the Earthsea series, each spell is represented by some nonsense "magic word" which is treated as a verb by the game's text parser, so that one can use the FROTZ spell (which causes objects to glow and give off light) by typing >FROTZ BOOK, in exactly the same way as one might type >PICK UP BOOK or >READ BOOK.