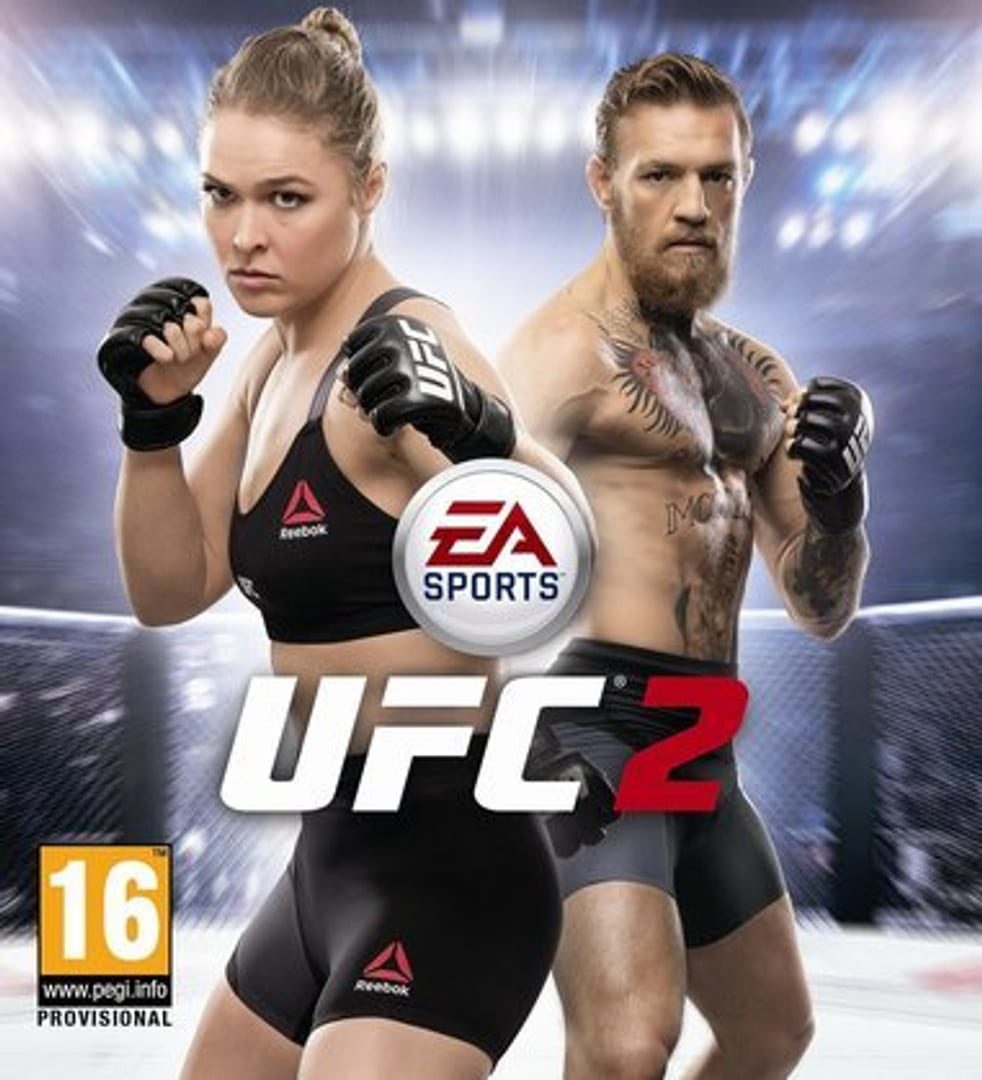 EA Sports UFC 2 is a mixed martial arts fighting video game developed by EA Canada, and published in March 2016 by Electronic Arts for the PlayStation 4 and Xbox One. The sequel to 2014's EA Sports UFC, it is based on the Ultimate Fighting Championship (UFC) brand. The game's cover art features Ronda Rousey and Conor McGregor.

Gameplay heavily resembles real UFC fights. The player can select from over 250 fighters and may customize various aspects of the fight, such as the rules. The fighter can perform an array of attacks, such as kicks, punches, grapples, submissions, and takedowns. The player can fight in a variety of game modes, including the career and ultimate team modes. The player can create customizable fighters and the game features both male and female fighters.