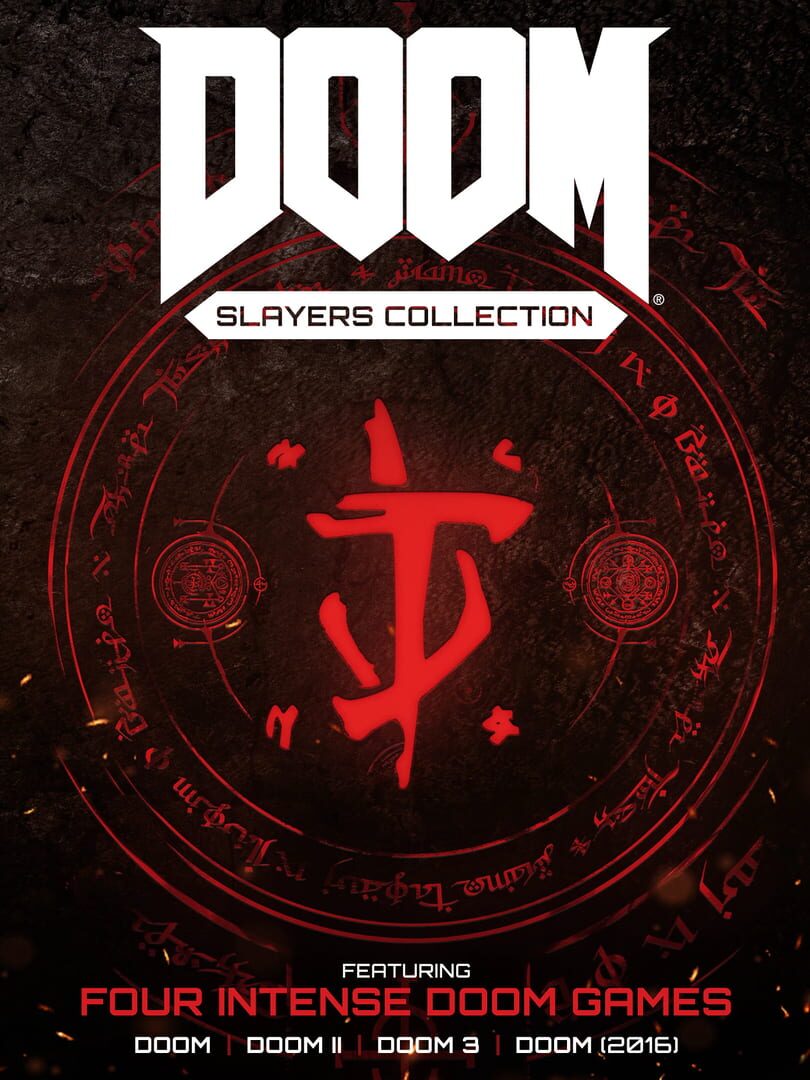 The DOOM Slayers Collection takes players through more than two decades of demon slaying – from the classic games that popularized the first-person shooter to the fan favorite franchise reboot, wield an arsenal of powerful weapons as you battle demon hordes on Mars, on Earth, and across Hell in four critically acclaimed games: DOOM, DOOM II, DOOM 3, and DOOM (2016).

You’re one of Earth’s toughest marines stationed on mars when a military experiment opens the gates to hell. It’s up to you to beat back the demon hordes with an arsenal of brutal weapons in DOOM, the game that pioneered the first-person shooter genre and changed video games forever.

The beloved sequel to the groundbreaking DOOM (1993), DOOM II sends you to Earth, gives players the brutal Super Shotgun to bear against deadlier demons, and makes you face an iconic boss, the Icon of Sin.

In this critically acclaimed action-horror re-telling of the original DOOM, players battle their way through a dimly-lit and terrifying, demon-infested UAC facility on Mars before entering the abyss to battle Hell's mightiest warrior.

DOOM returns as a brutally fun and challenging modern-day shooter experience. Relentless demons, impossibly destructive guns, and fast, fluid movement provide the foundation for intense, first-person combat – whether you’re obliterating demon hordes through the depths of Hell in the single-player campaign or competing against your friends in numerous multiplayer modes.