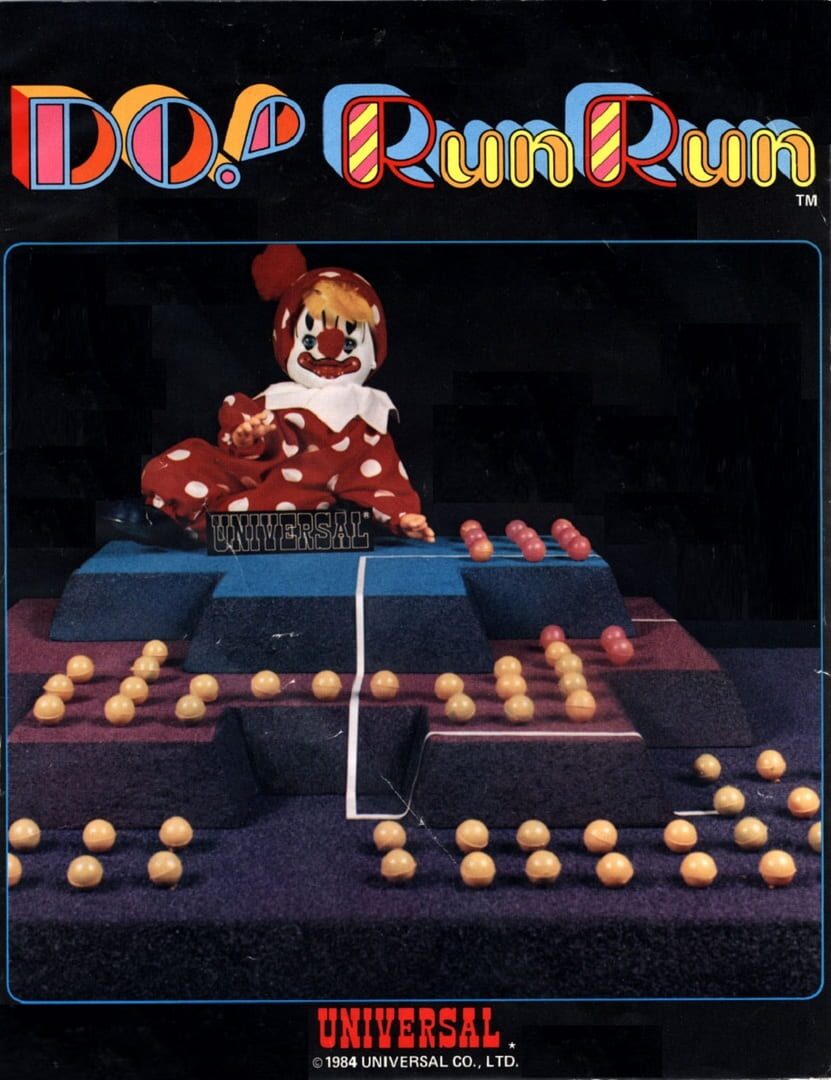 Do! Run Run known as Super Pierrot in Japan, is the fourth and final incarnation of Mr. Do!, the Universal video game mascot. Returning to his Mr. Do! roots, the clown has a bouncing powerball with which to hurl at monsters. What makes this game novel is that instead of burrowing through the ground to get at cherries, Mr. Do runs along the playfield picking up dots, and leaving a line behind him, which the player is encouraged to create closed off sections with, which turn any dots left behind into cherries. Gone are the giant apples to crush foes, but the multi-tier stage design has two precariously balanced log traps, which can be rolled downslope if either pushed from above or closely approached from the propped up stick side. The resulting game is somewhat of a cross between Mr. Do!, Congo Bongo, Pac-Man, and Qix. The title is a reference to the song Da Doo Ron Ron.