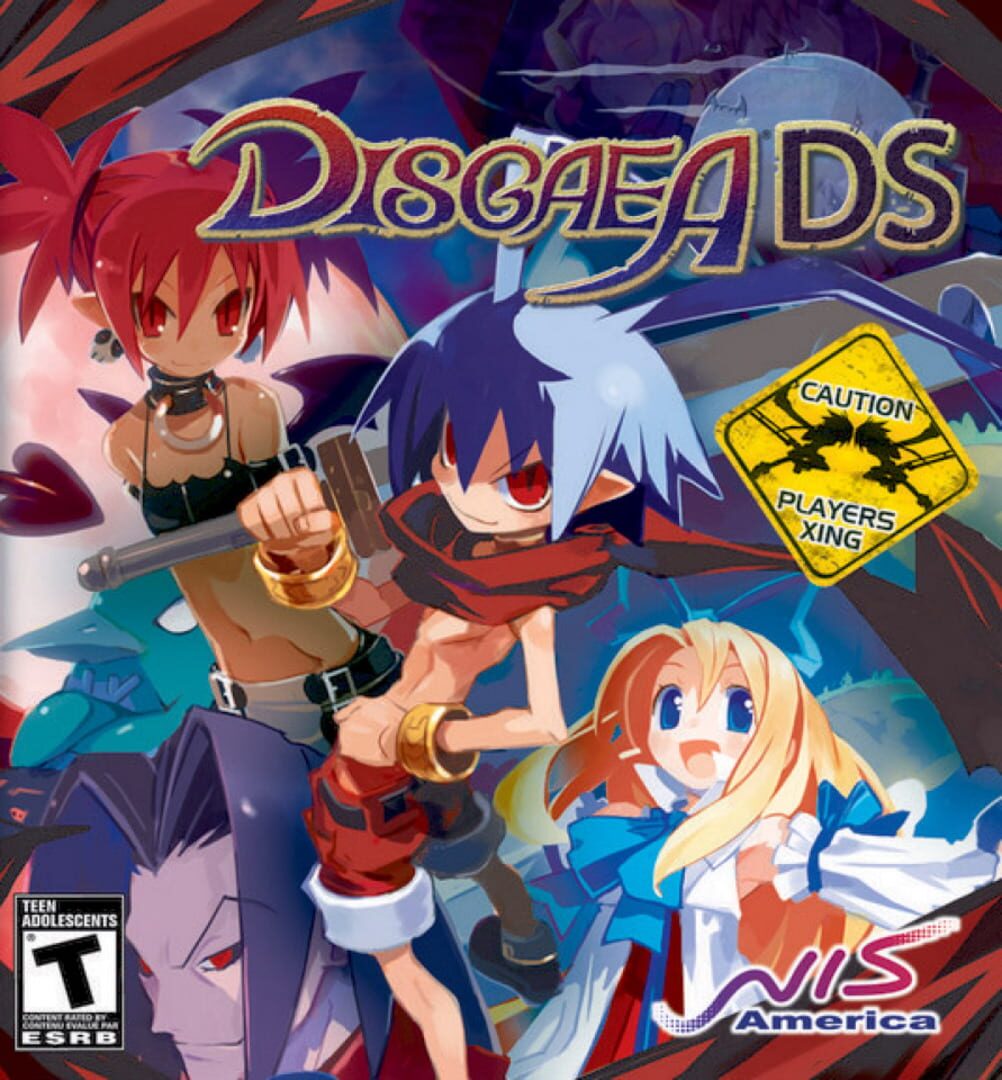 Players will initially take on the role of Overlord Laharl, a young demon prince who has just woken from a two-year long nap and finds out that his father, who was the king, has passed away. In order to regain his rightful title as King of the Netherworld, Laharl sets off on a demonic adventure, but must do so with a back stabbing servant, love stupid angel, and a few disgruntled penguins who are looking for trouble.

The story of Disgaea opens with Laharl rising out of an open coffin in his room. Etna, one of the castle vassals, is standing next to him, surrounded by various weapons. She explains that he has been sleeping for two years, far longer than he intended, and his father, King Krichevskoy, has died. Laharl vows to reclaim the throne, and, after consulting with Etna and his other vassals, goes to Vyers' castle.

After defeating the demon Vyers, who refers to himself as the "Dark Adonis" and is renamed "Mid-Boss" by Laharl, he meets Angel Trainee Flonne. Flonne had been sent to the Netherworld by Seraph Lamington, the ruler of Celestia, to assassinate King Krichevskoy (who was already dead). Shocked by Laharl's lack of grief at his father's death, the eternally optimistic Flonne joins Laharl's party to determine if demons are capable of feeling love. Observing them in secret is the paranoid Archangel Vulcanus, who interprets Flonne's actions as treason and is convinced that she is plotting against him.

After Etna demands that Laharl pay the salary of the Prinnies that she has hired, he decides to attack the demon with the most money in the vicinity. This is Hoggmeiser at Dinero Palace. After defeating Hoggmeiser, Laharl is about to kill him, until Hoggmeiser's son rushes out and gets in the way. Flonne convinces Laharl to spare them, and Laharl lets them keep some of the money. In response to this act, Hoggmeiser joins the party.

At one point, Flonne and Etna discover a photograph of Laharl in an embarrassing situation. Laharl refers to this as a "paparazzi shot", however, the actual contents of the photo are never actually revealed. A threat on the back of the photograph states that copies of it would be distributed if Laharl did not accept a challenge to fight for the overlordship; thus Laharl was blackmailed.

Responding to this challenge, Laharl meets Maderas, a vampire. He was banished by King Krichevskoy, for stealing the King's favorite snack, black pretzels. Maderas takes advantage of Laharl's two biggest weaknesses – optimism and women with sexy bodies. Maderas was also controlling Etna by holding her memory. He had instructed her to kill the prince, but she had put him to sleep for two years by poisoning him instead. Etna eventually betrays Maderas, and along with Laharl, Flonne, and Mid-Boss, defeats him.

Waking up later at night, Flonne discovers that several Prinnies are chanting and leaving the castle. Laharl, worried that his reputation will be tarnished if it is discovered that he let his vassals escape, chases after them the next morning. Eventually, he runs into Death, and the player learns that Big Sis Prinny is actually Laharl's mother; she became a Prinny because she gave her life to save him.