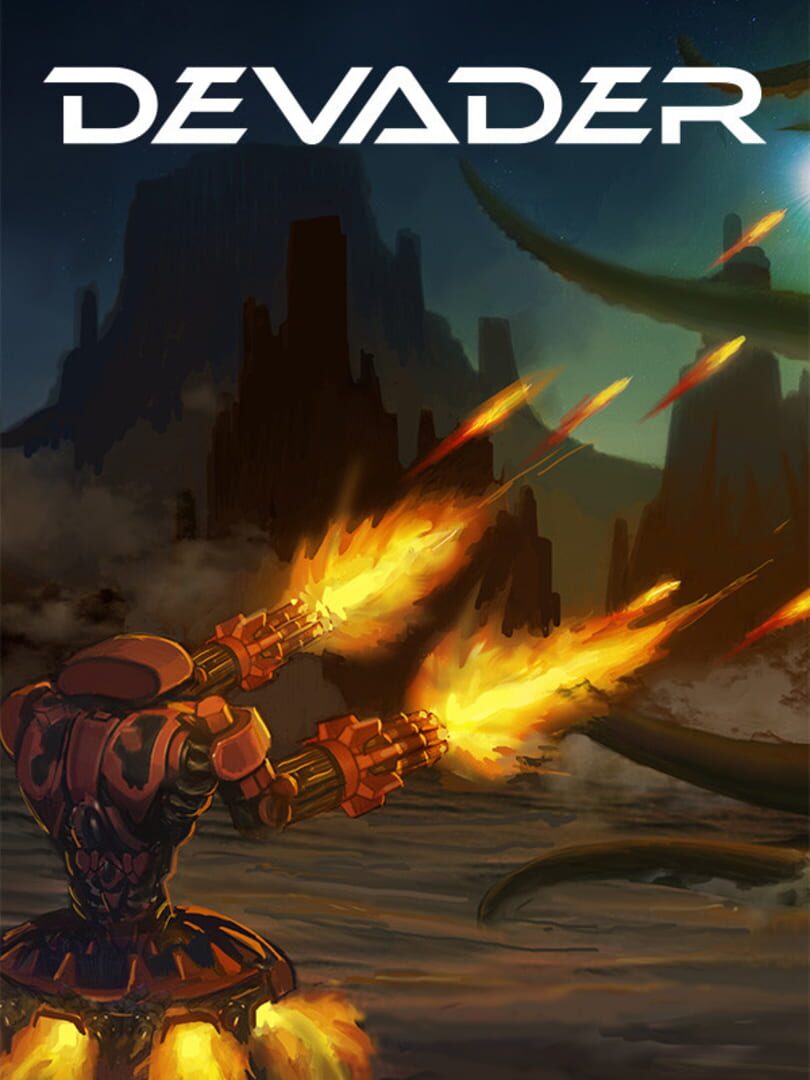 Defend a dying civilization from the Krin relentless invaders. Become the Devader. 90s style shoot'em up with awesome bosses and multiple endings.
Devader has 42 waves. Every 6 waves you must fight a large boss, after which you get to upgrade your robot and a new game mechanic is added (nukes, turrets,...). There are 12 different upgrade paths that influence your robot, play style and the outcome.