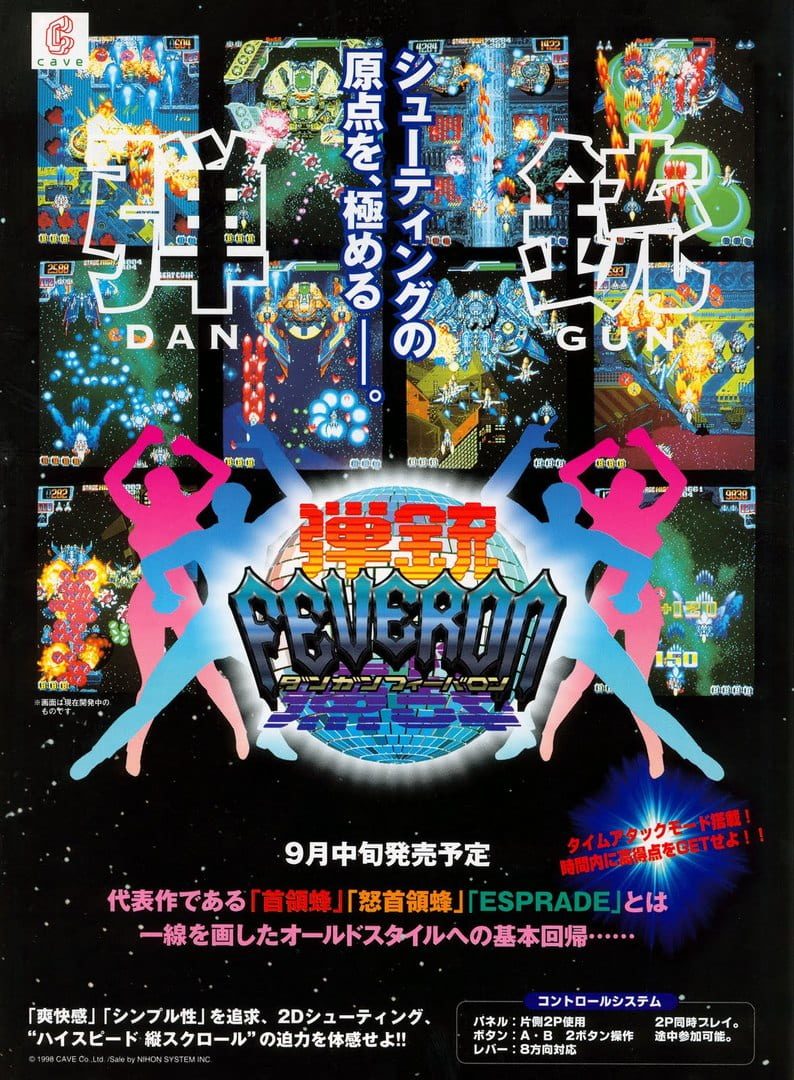 Dangun Feveron is a vertical scrolling shooter game developed by Cave and published by Nihon System Inc. in 1998. The gameplay is typical of manic shooters, with numerous swarms of enemies onscreen at any given time, and bosses that shoot intimidatingly large clusters of bullets. Unique to this title, the score of the game is disco music, which is a particularly unusual choice for a shoot 'em up.