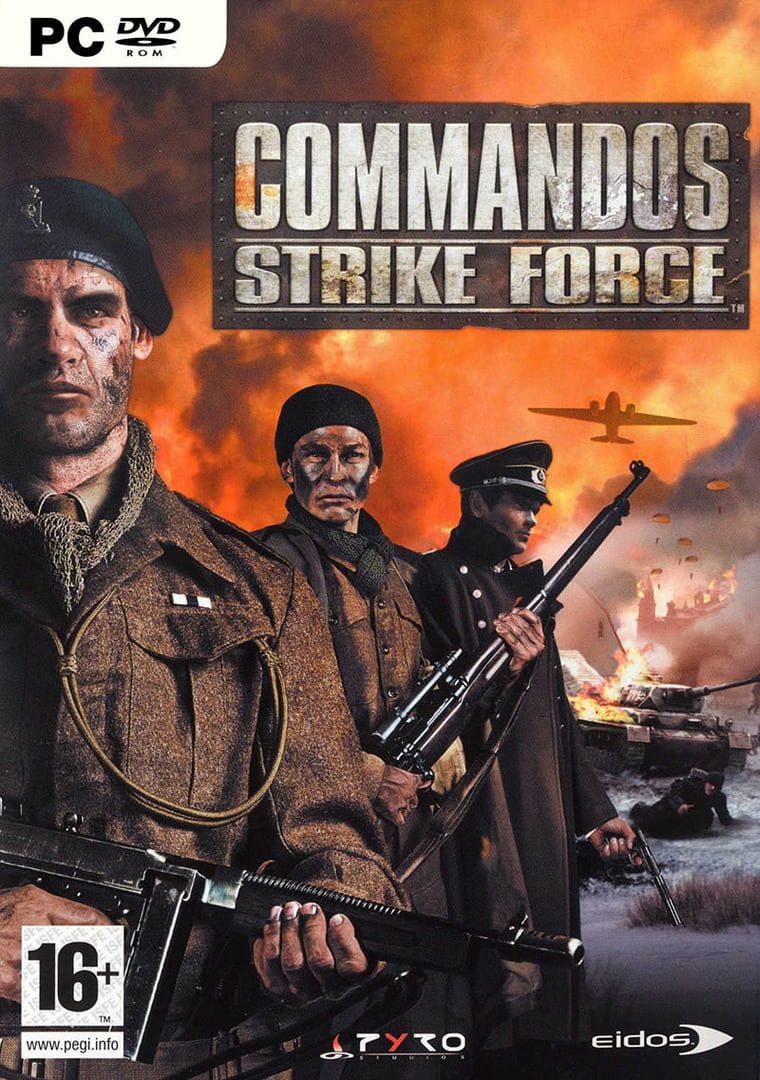 Commandos: Strike Force is a first-person shooter video game and the fifth installment of the critically acclaimed Commandos series. It is developed by Pyro Studios and published by Eidos Interactive.

Released during the first months of 2006, the game makes a departure from the first four games. Although the missions are set up in a similar fashion (several different objectives, some to be achieved through stealth, others through use of force) and in most occasions the player is allowed to change between different characters, this is the first game in the series to apply a first-person perspective, like many other World War II-inspired games, in contrast to the overhead view of the earlier games. Hence, the game is far more similar to the Medal of Honor or Call of Duty games than to earlier entries of the series.