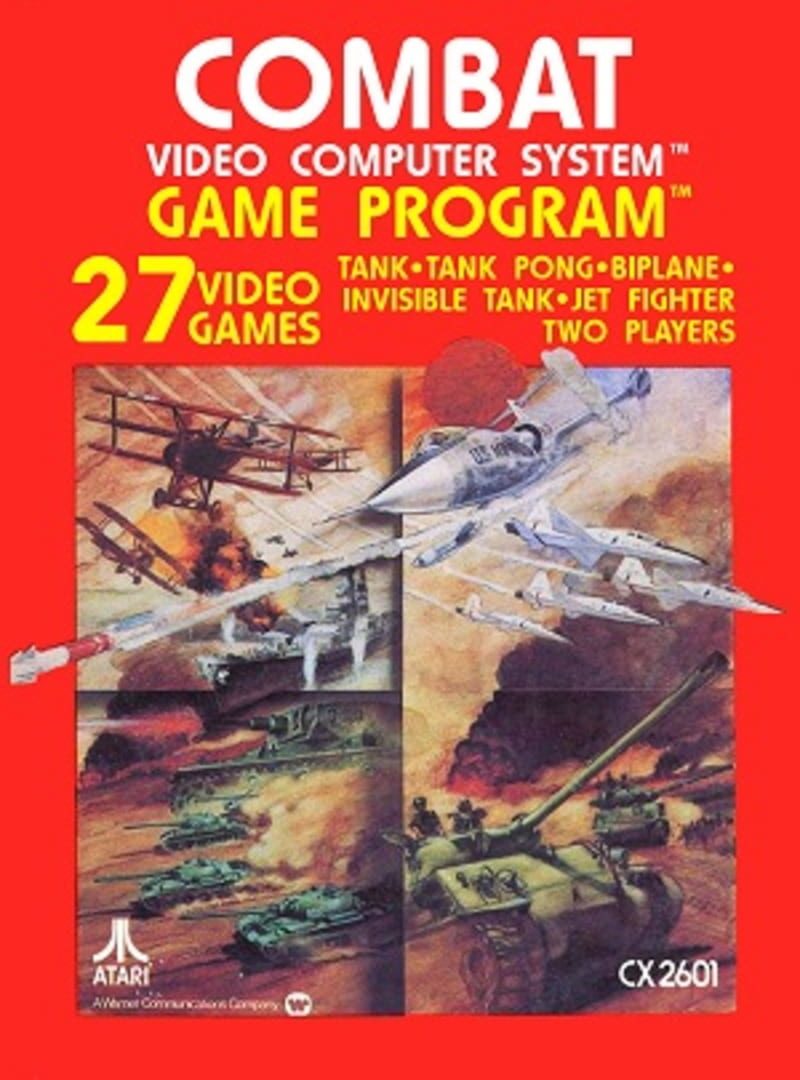 Combat is an early video game by Atari, Inc. for the Atari 2600. It was based on two earlier black-and-white coin-operated arcade games produced by Atari. Combat had color graphics and numerous gameplay variations. The 27 game modes featured a variety of different combat scenarios, including tanks, biplanes, and jet fighters. The tank games had interesting options such as bouncing munitions ("Tank-Pong") and invisibility. The biplane and jet games also allowed for variation, such as multiple planes per player and an inventive game with a squadron of planes versus one giant bomber.